Update (2/8/18): Earlier this week, we began hearing about issues with the pre-release version of Monster Hunter World on PC. The game was eating up 100% CPU resources for reviewers, resulting in frequent crashes. Capcom has already admitted that Monster Hunter World is very CPU intensive, but a patch has been issued for those currently with access to the game.

IGN has already received the patch, which seems to have stopped crashes for now, although the time spent testing the latest build has been limited. Hopefully by the time the game rolls out next week, crashing will no longer be a major concern.

Original story (1/8/18): Monster Hunter World isn’t landing on PC for another week, but reviewers already have their hands on the game and have been discussing PC performance. At first, impressions seemed positive, but eventually word of heavy CPU usage began causing concern. Now, it seems that the amount of work the game puts on the CPU is causing some problems.

PC Gamer has been testing Monster Hunter World for a while and more recently, the game began crashing frequently for them. The main culprit seems to be undue stress on the CPU, as the game tends to use up 100% of the processor’s resources before crashing. This occurred on PCs meeting the minimum and recommended system requirements for the game. 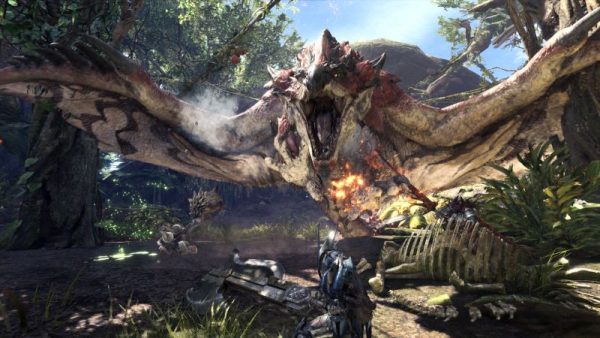 Capcom has already acknowledged that Monster Hunter World places a lot of responsibility on the CPU. When the game is loaded, the entire level is loaded in to memory, it is then up to the CPU to manage assets, AI, environment/object changes, LOD & object culling, collision detection and physics simulation. This is all in addition to other under the hood tasks that the player will never see.

Obviously, this is all before the game’s public release, and without optimised GPU drivers. Capcom is also aware of the PC crashing issue and is working on a fix. Hopefully it arrives before Monster Hunter World’s PC release on the 9th of August.

KitGuru Says: As much as I want to play Monster Hunter World at 60 frames per second, there is room for concern when it comes to the PC version. From the sounds of it, the game doesn’t balance load across the CPU and GPU as well as it should. Hopefully this is something that can be addressed fairly quickly.