While EA's prized racing franchise has run into plenty of trouble over the current console generation, Need for Speed keeps coming back. The last entry in the series seemed promising but was bogged down by a microtransaction-riddled and randomised car modification system. This week, Need for Speed Heat has snuck out onto the market without much of a marketing build up. Despite that, hopefully this can act as a return to form for the series.

Need for Speed Heat was only announced in mid-August, skipping over big industry events like E3. The game takes place in Palm City, a fictional open world rendition of Miami, where players will take part in legal day-time races, in addition to illegal street races at night. The car modding system has been overhauled since NFS: Payback, with a ton of options for style and performance changes. 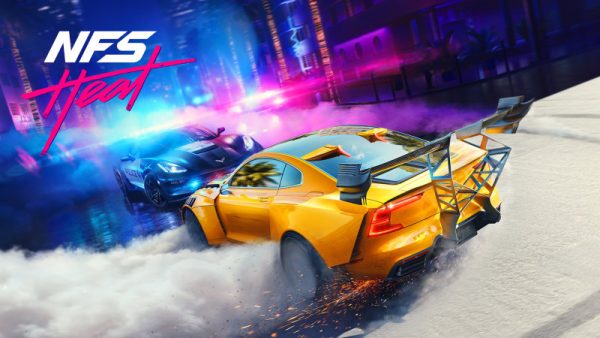 You earn funds for new cars and upgrades via legal races during the day and illegal street races at night, at which point, the police will attempt to put a stop to the action. As long as you're up to the challenge, you can win the race and avoid run-ins with the law for bigger rewards, which can then be used for other upgrades.

At launch, there are 127 different cars in the game, although there will likely be more added through DLC later down the line. Need for Speed Heat is currently available across PC, Xbox One and PS4. Those with EA Access or Origin Access can play for 10 hours before buying, while Origin Access Premier subscribers can play the full game for as long as they want.

KitGuru Says: EA hasn't generated a ton of buzz for Need for Speed Heat during the build-up to launch, so it will be interesting to see how players end up feeling about any DLC offerings or microtransactions that are sure to come eventually, even if they aren't there on day-one. Are any of you planning on trying this out over the weekend?