The latest Guild Wars 2 profession has been revealed, it's called ‘The Revenant' and being one will involve wielding the spirits of the past. The new profession will be the ninth in the game and will feature in the upcoming Heart of Thorns expansion pack.

The Revenant has just been profiled over on the official Guild Wars 2 website. ArenaNet said that the revenant will connext to the past through the mists, granting access to Legends. Only one legend can be active at a time and will come with a new set of abilities. You can switch between the two, so it is a bit like weapon swapping. 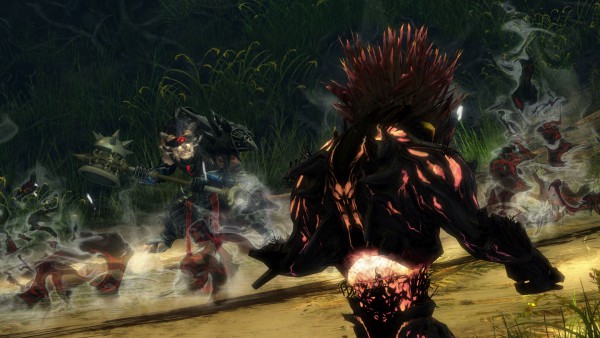 The Revenant's weapons are directly tied to the legends they wield at the time. Weapons will include hammers, maces and axes, which can deal massive amounts of damage depending on which stance you have equipped. The Revenant will have two stances, Legendary Demon Stance and Legendary Dwarf Stance, each one will add new boosts to damage or protection.

The new profession will add more variety to the game for those planning on buying the new Heart of Thorns expansion pack. You can read more about it, HERE.

KitGuru Says: So far, I'm liking the sound of the revenant, I may need to give the new profession a shot once the new expansion comes out. Are any of you guys still playing Guild Wars 2? Are you waiting for the new expansion? And most importantly, what do you think of The Revenant?