Shortly after announcing that the console versions of GWENT would no longer be in active development, CD Projekt Red has begun rolling out the card game’s latest expansion. In keeping with the revised number of platforms, the 70-card expansion is now available on PC and iOS but won’t be coming to Xbox One or PS4.

Merchants of Ofir is the latest expansion, drawing on inspiration from the exotic land that players had the chance to visit during The Witcher 3’s Hearts of Stone expansion. There are 70 new cards in total, including new neutral cards for all GWENT deck types, as well as some faction-specific cards to shake up builds and help players discover new strategies.

The new expansion also adds a new in-game mechanic called ‘scenarios’, which are like in-game challenges to achieve specific objectives to evolve an artifact card for maximum effect. Strategems are a new card type also coming to the game, which help determine your unique bonus for going first in a match.

The Merchants of Ofir expansion is available now on PC and iOS. It will also be included with the Android version of the game in early 2020. For now, players that log into GWENT before December 16th will get a free keg containing five new cards from this expansion.

KitGuru Says: I’ve been meaning to jump back into GWENT since it came to iOS, although there will be more to learn now with a brand new expansion dropping today. Are any of you still playing GWENT at all? Will you be checking out the new expansion? 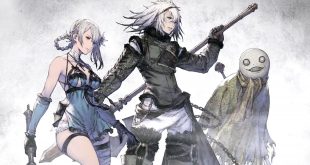