No Man’s Sky has some serious issues on PC

No Man’s Sky finally hit the PC on Friday evening and immediately just over 200,000 people flocked to play the game for the first time. The servers held up surprisingly well on launch but unfortunately, there were a myriad of other issues present ranging from stutter, awful texture pop-in, low frame rates and crashes.

Over the weekend, I have been playing No Man’s Sky to put together a solid impression of the game, I had also planned to include benchmarks in a KitGuru Game Analysis, which would have gone live today. Unfortunately, the game just isn’t working well enough for me to do that properly. 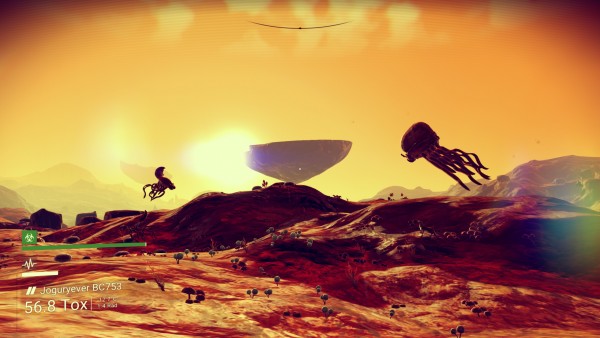 For those who don’t know, our game analysis system uses an Intel Core i7-6700k, 16GB of G.Skill DDR4 RAM, an Asus Maximus VII Hero motherboard and a 1TB Samsung 850 Evo SSD, alongside the latest drivers from AMD and Nvidia at the time. I did manage to get results for the GTX 1080, which averaged 140 fps at 1080p, 116 fps at 1440p and 60 fps at 4K. These results look good on paper, but the amount of stutter really prohibits a smooth gameplay experience.

From there, I attempted benchmark runs on an R9 290 and an R9 390x, but for whatever reason, even at 1080p, the game would come to a complete standstill every few seconds, dipping down to zero frames per second for both GPUs. 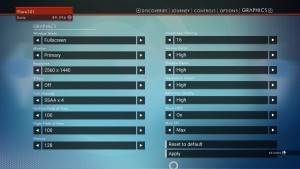 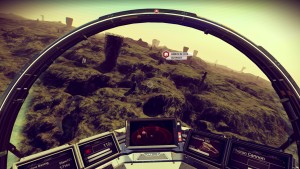 Aside from various hardware-related issues, I have a few other gripes with No Man’s Sky. The game requires a complete restart when changing some graphical settings, like resolution, or V-Sync and the texture pop-in is incredibly distracting and impossible ignore a lot of the time. Terrain can change entirely as you fly towards it, even at lower flight speeds.

Now, I’m not saying my own experience will be mirrored across the board, many people have played No Man’s Sky with no problems and a lot of people are enjoying the game. However, I still think this is useful information to share. If you are having problems with No Man’s Sky, then you might want to try the experimental patch, HERE.

KitGuru Says: No Man’s Sky is not quite up to shape on the PC at the moment but Hello Games are working overtime on patches, so things could improve fairly quickly. Unfortunately, I do need to move on to other reviews so a full No Man’s Sky Game Analysis is looking unlikely at this point. Hopefully we have better luck with Deus Ex: Mankind Divided next week.