No Man’s Sky, the title that won the “Best Original  Game” award at E3 earlier this year, will be coming to the PC – eventually. The game will be a timed exclusive for the Playstation 4, although we don’t know just how long this deal will last.

Speaking with Edge Magazine, Hello Games Managing Director, Sean Murray, talked about how choosing to partner with Sony helped shape the design of the game:

“I actually got in a bit of trouble for saying that we wanted the game to feel really ‘console-y’,We’ve always had PC in mind but in my head console-y means solid framerate and immediate controls. I think a PC game can be ‘console-y’ and it’s intended as a compliment, but I get in trouble for saying it.” 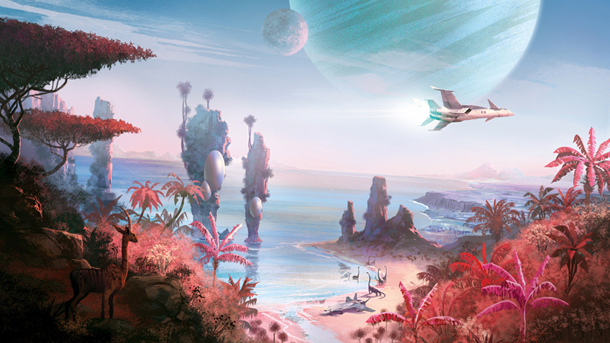 In-case you missed it, here’s the gameplay trailer from Sony’s E3 press conference:

Murray went on to explain exactly why the PS4 is the game’s lead platform: “Unlike most games, the actual hardware really affects what we can do in terms of the richness of the worlds and things like that. It isn’t just adding a veneer of resolution, or extra anti-aliasing options. It has a real effect on what we can actually do in the universe.”

KitGuru Says: No Man’s Sky is an interesting looking game. Hopefully the PC version of the game won’t lag too far behind the PS4 version. What do you guys think of No Man’s Sky?