Many companies have been found out over the past year or so, as having shared data with the US' myriad of intelligence organisation, often (due to legal wrangling in secret courts by the government) without informing the consumer about it. Regardless of the stranglehold put on many of these social networks, one Austrian activist thinks Facebook should pay for its discretions with cold hard cash and he wants others to join his crusade.

Max Schrems class action suit alleges that Facebook failed to gain consent to use consumer data, implemented a legally invalid data use policy, tracked users outside of Facebook without permission, used big-data to monitor activities and failed to make the graph-search function “opt-out.” It also aims to take the network to task for being part of the NSA's PRISM program.

He's now seeking 500 euros (£399) in compensation per user and is urging others to sign up and join him at FBClaim.com. Bear in mind this isn't an online petition though, you'll need to provide photo ID to prove you're a real person. You will be involved in a legal proceedings if you sign  up. 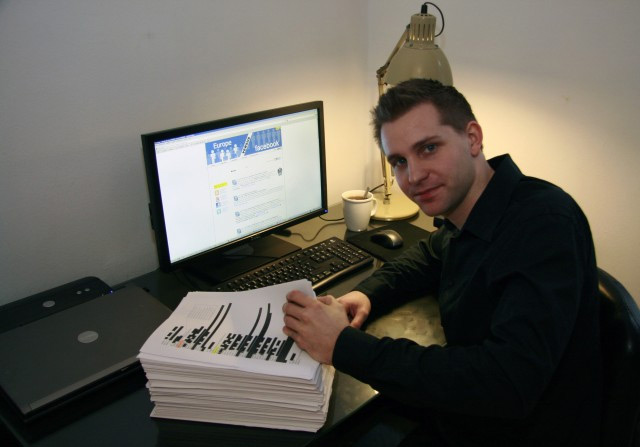 Schrem was recently featured in the 2013 documentary, Terms and Conditions May Apply

As Wired explains, this isn't Schrem's first attempt to take on the social networking giant. He's actually been fighting the good fight since 2010, when he requested Faceboook send him all the data it had on him. Ultimately, it sent over more than 1,200 A4 pages of information, which led to Schrem pushing for the network to delete excess data it had on users, which it ultimately did.

Since then he's continued to gun for reforms, but has grown frustrated with Irish courts which have been unable or unwilling to levy much in the way of punishment or legal sanctions on Facebook, so Schrems is heading to court himself and he hopes to take a few people with him.

“The case was running for three years. So far there is no decision,” he said. “They usually promise a decision ‘next month' or ‘soon', but there was no binding outcome from the complaints for three years now.”

He then went on to allude that Irish regulators may be receiving government or corporate pressure not to prosecute Faceboook and other US tech giants over privacy breaches. With the suit, Schrem hopes to circumvent the regulators that have stood in his way for so long and bring about meaningful change on the site, beginning with more transparency of what data is being recorded and what Facebook does with it.

KitGuru Says: Any KG readers thinking of joining Schrem on his cause? Theoretically you could get a few hundred quid out of it, but more importantly it could help lead to data reforms at the social network.