Activision has a tendency to tie pre-order incentives to its annual Call of Duty games and this year is no different. In much of the game's marketing worldwide, we have seen that the Nuketown map is coming back for those who pre-order. Unfortunately though, here in the UK, not everyone will actually get the map as it seems that GAME has the exclusive on the DLC.

It was easy enough to miss, not everyone shops at GAME these days and Activision's own support site states that “All players who pre-order or pre-purchase Call of Duty: Black Ops III on PlayStation 4, Xbox One, and PC will receive the NUK3TOWN Bonus Map for Call of Duty: Black Ops III multiplayer, including players who pre-ordered or pre-purchased prior to the announcement of NUK3TOWN.” 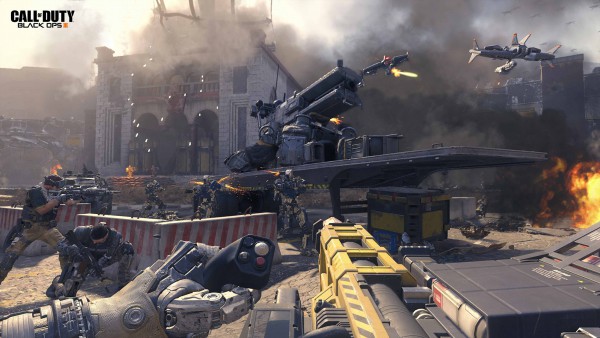 So if you pre-ordered a physical copy of Black Ops 3 from Amazon UK or any other store that isn't GAME, you won't be getting the map. However, if you pre-order digitally directly through the PlayStation Network, Xbox Live Store or even Steam, you will still get the map.

To be fair, GAME's site does say that the Nuketown map is exclusive to its store, but you wouldn't necessarily know that unless you visited the site. This is a case where Activision's UK marketing needed to be a bit clearer in order to avoid confusion.

KitGuru Says: Judging by comments on various other sites, it would seem that quite a few people weren't aware that they wouldn't be getting the Nuketown map with their physical pre-order. So if you were hoping for Nuketown, you've still got a few more hours to make sure you get it. Most PC gamers won't need to worry though, as Steam isn't affected by this deal.