For a couple of months now, Nvidia has been running a promotion to give away free copies of Call of Duty: Black Ops Cold War to buyers of RTX 3080 and RTX 3090 graphics cards. This free game offer was due to end this month, but it is now being extended.

Getting hold of an RTX 30 series card is still quite difficult, even three months after pre-orders went live. Still, if you are lucky enough to get your hands on one at a participating retailer soon, you will still get a free copy of Call of Duty: Black Ops Cold War. 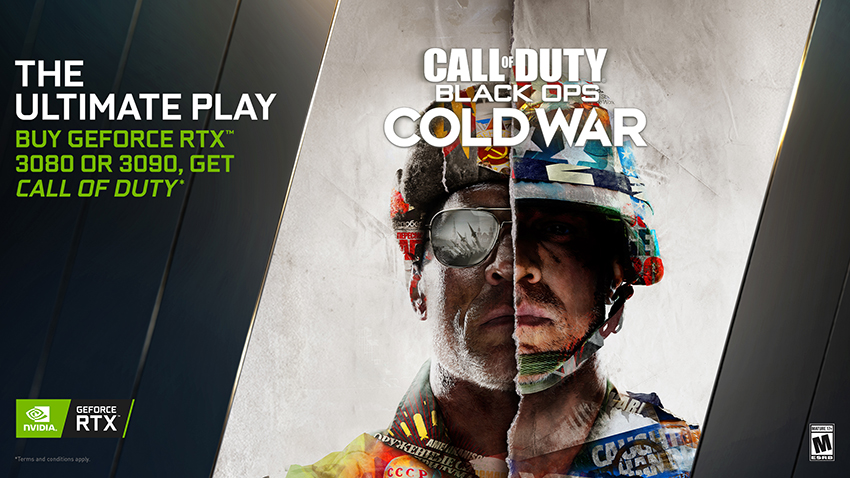 Black Ops Cold War is one of this year's big ray-tracing showcases. On PC, the game comes with ray-traced lighting, shadows and ambient occlusion. It also supports DLSS 2.0 for the best possible performance while utilising ray-tracing effects. Finally, it also supports NVIDIA REFLEX, a new technology that uses the GPU to reduce input latency, giving a competitive edge.

KitGuru Says: Are many of you planning or currently trying to get hold of an RTX 30 series GPU?