Home / Software & Gaming / Obama is a fan of The Witcher series

Obama is a fan of The Witcher series

Being the President of the United States is a pretty big job so it's unlikely that Obama spends much time playing video games. However, the man himself has expressed his admiration for CD Projekt Red's “The Witcher” series but admits that it is still a part of his backlog and hasn't actually played it yet.

Back in 2011, Obama took a trip to Poland, where country officials presented him with a copy of the critically acclaimed RPG as a symbol of Poland's economic development. It's not every day that a world leader talks publicly (and positively) about a game but The President had nice things to say about the RPG series. 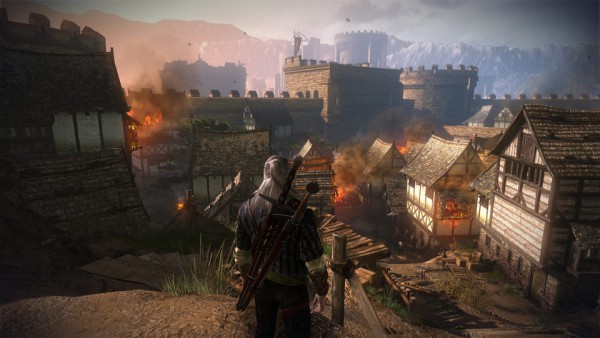 “The last time I was here, Donald Tusk, Poland's prime minister gave me a gift, the video game developed here in Poland that’s won fans the world over, The Witcher.” Obama Said. “I confess, I’m not very good at video games, but I’ve been told that it is a great example of Poland’s place in the new global economy. And it’s a tribute to the talents and work ethic of the Polish people as well as the wise stewardship of Polish leaders like prime minister Tusk.”

KitGuru Says: While it would have been even cooler if Obama came out and said that he had completed one of The Witcher games, it's still pretty cool that he acknowledges the series as an achievement for Poland's economy. Maybe he will get around to playing the games in time for The Witcher 3 next year!

Previous Cybercriminals to ramp up gameover Zeus virus exploitation
Next Intel Core i7-4790K overclocked to 5.5GHz on air, to 6.3GHz with LN2