Whenever a major company acquires a beloved independent studio, particularly now that we're in an age of publishers chasing the ‘live service' dream. In the case of Obsidian, which joined Microsoft's roster of Xbox Game Studios last year, much of the focus is on staying the same, with most improvements stemming from the fact that financial backing is no longer a concern. With that in mind, The Outer Worlds DLC is sounding quite likely and multiple new games are in the works right now.

During a press gathering at Obsidian's studio a few weeks ago, Eurogamer was able to get a lay of the land. Currently, Obsidian is operating with around 185 employees and while there are open job spots, studio head Feargus Urquhart explained that he that while franchises like Assassin's Creed are awesome, he doesn't think Obsidian needs to “compete with numbers” and doesn't want to grow into a massive 1000-person studio. This should be good news, as Obsidian has always done an excellent job with the resources available. The key difference now is that Obsidian doesn't need to worry about chasing publishers to fund a game, freeing up the studio to focus on the creative side, rather than business.

This will have a particularly positive impact on Urquhart: “Increasingly my job over the last five years has been business, more and more and more, but more of my job now gets to actually be working on games. I would love to be a game director again, I got to do that back on Fallout 2, I've done it intermittently for short periods of time here, and it would be cool to be a game director again.” 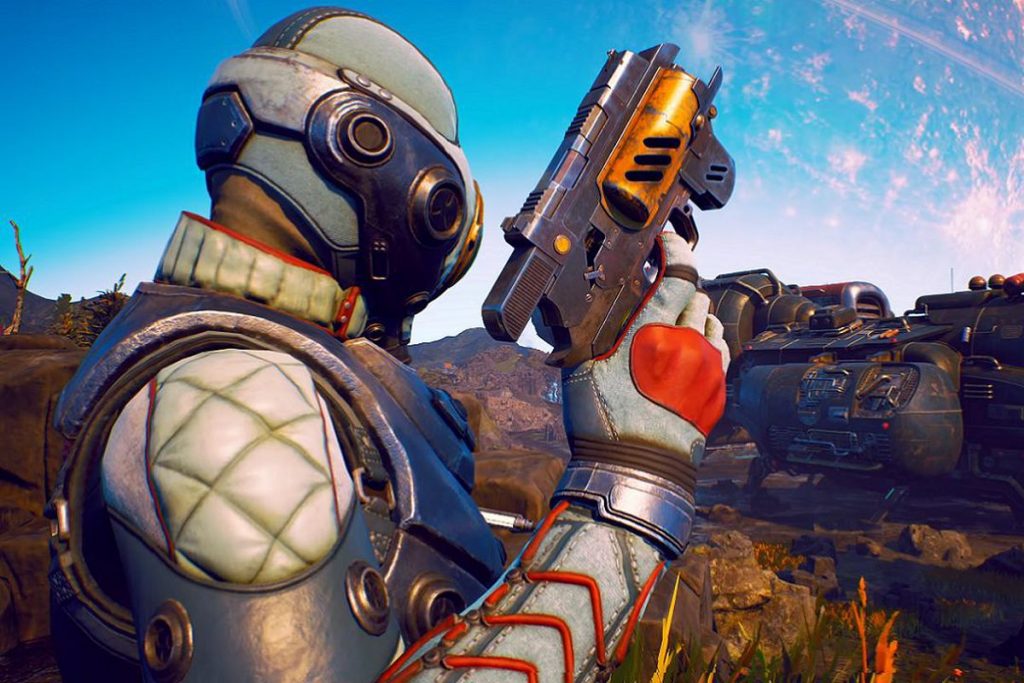 The Outer Worlds was published by Take-Two's smaller publishing label ‘Private Division'. Typically, if a publisher wasn't paying Obsidian for additional post-release content, there wouldn't be any, as the studio would need to move on to the next big project in order to stay afloat. However, under Microsoft, racing towards the next publisher deal is no longer an issue:

“In the Microsoft world, we get to run a studio based on what makes sense for the franchises and I'm not having to make these day-to-day decisions so much”, Urquhart said. “People are obviously loving Outer Worlds and we made it because we love it, so now we get to keep on doing things to help support it”.

A post-release plan has not been announced for The Outer Worlds officially but the development team is still active, and going by Urquhart's comments, DLC could very well be on the way.

Last night at XO19, Obsidian announced another brand new IP, which single-player RPG fans may find underwhelming. Ungrounded is a survival game with the key hook being that you are playing as cartoon humans shrunk down to the size of ants. A small team in a living-room sized office are currently working on that, while other teams at Obsidian tackle RPGs. Josh Sawyer, director on Pillars of Eternity, is still in his office working away, meanwhile Chris Parker, director of Alpha Protocol, is currently making a new game with another team at Obsidian.

That is all we have for now, although more tidbits can be found in Eurogamer's full feature. For now, the main takeaway in regards to Obsidian is that it is still a mid-size studio wearing multiple hats, so we can expect plenty of good things over the next few years.

KitGuru Says: Obsidian's first new game announcement under Microsoft being a cartoony survival game is a tad disappointing for RPG fans, even if the project started before the acquisition. Fortunately, there are other games in the works. I'm particularly intrigued by the idea of The Outer Worlds DLC and Chris Parker's new game. Hopefully it won't be long until we start hearing more on those projects.