The image first hit the Overwatch subreddit and originated from a Russian Overwatch group. According to the text on the image, Sombra is actually a hacker who lived through the ‘Omnic Crisis' and ended up getting involved with a Mexican gang. 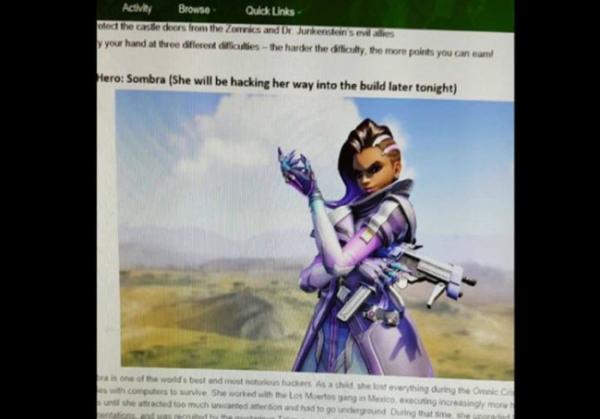 After this leak hit, the community began to speculate on when Blizzard may be planning to release Sombra officially, with many pointing to the upcoming Halloween update as a good candidate. Also, if you have been keeping up with the Sombra ARG, you have probably been checking in with THIS webpage, which according to some estimates, will hit 100% around the 18th of October.

KitGuru Says: The Sombra ARG has been going on for months so it's nice to see that things are finally coming to a conclusion. It will be interesting to see how Blizzard can weave hacking elements into a game like Overwatch, so I know I'll be keeping an eye out during October. I've not played in a while but this would be an excellent reason to hop back in. Are many of you still playing Overwatch regularly? Are you looking forward to getting a new character?