Platinum Games has been taking on a lot of licensed projects over the last year or so, the most recent of which was Transformers: Devastation- which turned out to be pretty fantastic. Now the studio is set to tackle Teenage Mutant Ninja Turtles as well, with a release set for next week.

The game is officially titled ‘Teenage Mutant Ninja Turtles: Mutants in Manhattan' and judging by the trailer, things are looking good so far, with a cell-shaded art style and co-op battle system. 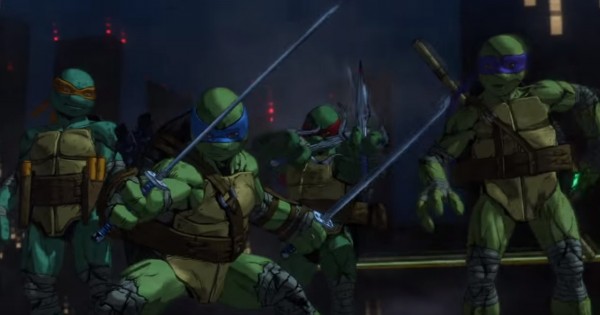 While this game doesn't have any tie-in to the upcoming TMNT movie, the two projects do share a few villains in the form of Bebop, Shredder and Krang. Judging by the game's description, this is going to be a co-op focussed experience too, which is great as quite a few games have steered away from co-op play in recent years.

“Battle alongside your brothers through the sewers, subways, and streets of NYC to take down Shredder and Krang's evil organization, Foot by Foot. Unleash custom combat skills and powerful team combos to save Manhattan from the overwhelming dark forces growing in the shadows.”

KitGuru Says: As a fan of the spectacle fighter genre and the old TMNT cartoons myself, I'll be looking forward to this one- especially after Platinum Games delivered with Transformers Devastation. What do you guys think of this announcement?