Quantum Break is coming to PC too, has high recommended specs

Back when Microsoft first launched the Xbox One, it also announced Quantum Break, a high-budget action game set to launch exclusively on the console. After some delays, the game is finally coming out on the 5th of April but Microsoft has also just made the surprise announcement that the game will land on the PC at the same time, with full DirectX 12 support though Microsoft is recommending that you have a GTX 980Ti to play it.

Those who pre-order Quantum Break digitally on Xbox One will also get the PC version for free, so Microsoft is finally treating the PC like its second gaming platform. However, there is a catch, the game is exclusive to the Windows 10 Store. 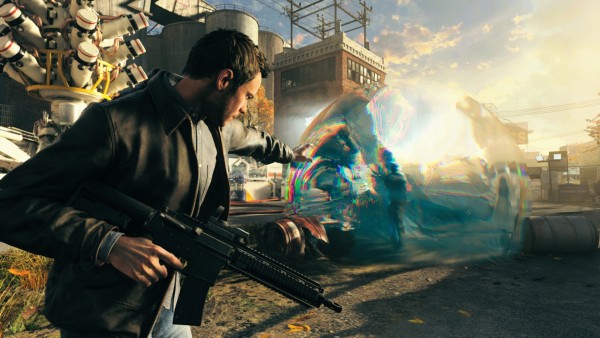 Since the game is coming to the PC, it also comes with some minimum and recommended system requirements. To run the game you will need to at the very least have a system running Windows 10 64-bit, 8GB of RAM, an Intel Core i5-46460 or AMD FX-6300 CPU and a Nvidia GTX 760 or Radeon R7 260x graphics card.

The recommended system requirements might just be the highest we've seen in a game so far, though. Those wanting to crank up all of the settings will want to have an Intel Core i7-4790 or AMD equivalent, 16GB of RAM and a GTX 980Ti or AMD R9 Fury X.

KitGuru Says: Quantum Break has always seemed like an intriguing game and I am glad to see Microsoft bringing more exclusives to the PC. However, those are some pretty high recommended system requirements for a game so perhaps Microsoft should clarify that a bit more.