Back in October, Rockstar announced Red Dead Redemption 2 for PC, with the game starting off as available on the Rockstar Games Launcher and Epic Games Store, with a Steam release planned for December. In keeping with Valve's new T&Cs on store exclusives coming to Steam later, the game will be arriving on December 5th, one month after the original launch.

The Steam page isn't live just yet but it should pop up on Valve's store any minute now for pre-orders. Presumably, the game will support the usual Steam features, like Trading Cards of Achievements, although it is likely that the Rockstar Games Launcher will also be required to play the game, just as it is for those who bought it on the Epic Games Store. 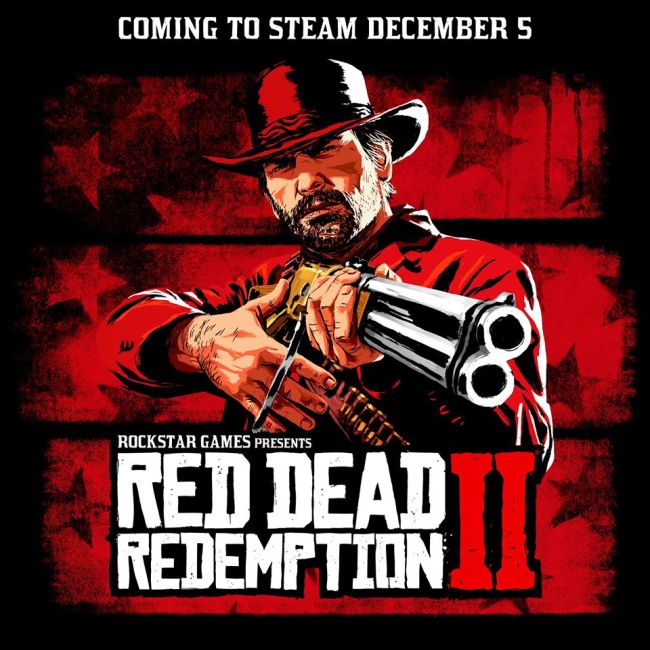 Red Dead Redemption 2 comes to Steam at a pretty good time too, as a couple of big patches have occurred, fixing many crashing and performance bugs. The PC version still isn't perfect, but it is already a lot better than it was during its first week.

Since the game is coming out on the 5th of December, it will miss the Steam Autumn Sale, but it may end up having a discount during the Winter sale. After all, RDR2 for PC is already 20 percent off on the Epic Games Store, Humble Store and Rockstar's own store.

KitGuru Says: I didn't bother waiting for the Steam version myself but I have a few friends that did. Are many of you planning on grabbing this once it lands on Steam next week?

Previous Call of Duty: Modern Warfare is getting the ‘biggest free content drop’ in franchise history
Next The Stanley Parable: Ultra Deluxe is now coming out in 2020