Yesterday was a wild one for rumours, with a market analysis firm claiming that Sony was in “advanced board level talks” to acquire Take-Two. This would be a massive deal and would put franchises like Grand Theft Auto, Bioshock and NBA 2K under Sony's umbrella. There is just one problem though, the rumour is apparently fake.

As part of a MarketWatch report focusing on the impact of current world events on the US stock market, Wedbush Securities analyst, Joel Kulina, added this little note: “Take-Two Interactive Software stock climbed 4.7% on rumors that Sony Corp. ‘is in advanced board level discussions to acquire Take-Two Interactive in a mostly cash deal,' that would value the company at $130 share”. 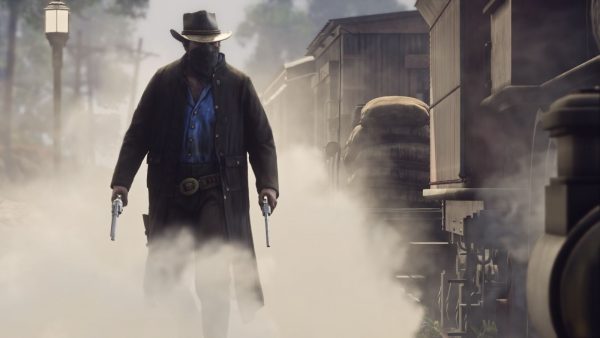 Since then, GI.biz has reached out to Kulina on clarification, he then said: “This is purely unconfirmed market speculation that is making the rounds. I am not the source of this story in any regard. And not sure who quoted me as I didn't speak with anyone over the phone (unless someone saw a trading note that I wrote)”.

A couple of hours ago, Bloomberg Tech reporter, Yuji Nakamura says that Sony has also confirmed that there is “no truth” to reports that it will acquire Take-Two.

KitGuru Says: Take-Two rakes in plenty of money all on its own thanks to NBA 2K and GTA Online. Grand Theft Auto V in particular still sells well enough to appear in weekly top ten charts five years after release. With that in mind, I would be sceptical on anyone buying them out. This was an interesting rumour but for the time being, it looks like it has been debunked.