Rock Band 4 has officially been announced for release on the Xbox One and PlayStation 4 later this year. The latest addition to the series has been hinted at for a little while now as Harmonix began pushing out new DLC for Rock Band 3.

The new title will support the old peripherals but Mad Catz will be making some new ones. Additionally, players will be to import all of their content from the previous games on the PlayStation 3 and Xbox 360 to the new game on the Xbox One or PS4. 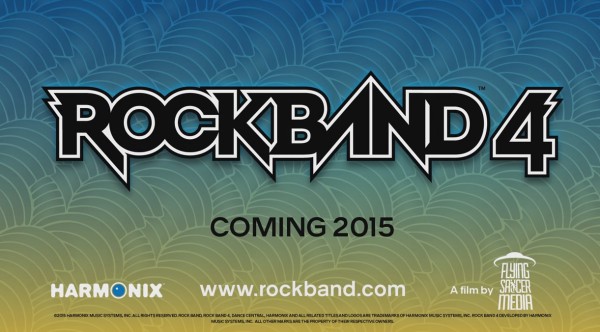 The last game in the series to launch was Rock Band 3, which released five years ago in 2010. After the lengthy break, Harmonix is ready to come back on the new generation of consoles. To go along with the announcement, the studio released a behind the scenes video, showing the team talking about their return to the series.

Rock Band 4 will support the 2000 tracks released for the game series since 2007 so long-term fans of the series won’t be missing out on anything. An exact release date for the game has yet to be announced but it is due later this year.

KitGuru Says: Now that Rock Band 4 is on the way, it wouldn’t surprise me if a new Guitar Hero was also announced. The way Rock Band is handling DLC will be a selling point to many previous players of the series. Are you guys glad Rock Band is coming back? Has there been enough of a break from music games for them to make a comeback?