Sea of Thieves is making a comeback thanks to streamers

Sea of Thieves may have launched to middling reviews but Rare has been keeping the game alive over the months with free expansions and content updates. Last year, we saw two big updates to the game and now, thanks to the third expansion, the game appears to be having a resurgence in popularity.

It is worth pointing out that while Sea of Thieves always had an active player base, it wasn't exactly at the forefront of gaming in the months following launch. That has suddenly changed over the last couple of weeks. Shrouded Spoils, the game's latest expansion, has some of the most-watched streamers interested in the game again, leading to Sea of Thieves ranking amongst the most watched games on Twitch recently. Summit1G was the first ‘big' streamer to pick up the game, reminding people how fun the multiplayer-focused pirate adventure can be. Dr.Disrespect and Ninja have also hopped on to the game recently, expanding its reach even further. 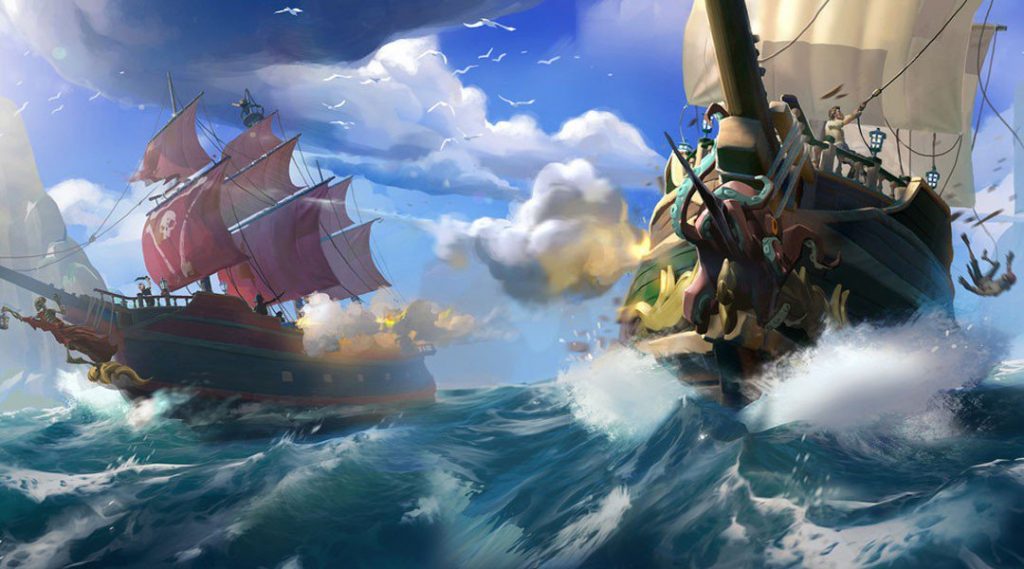 Sea of Thieves has had several large updates since launch but Shrouded Spoils is the best yet. More balance tweaks have been made, the frequency of PvE world events has increased, meaning players can go up against skeleton ships, megalodon sharks and the Kraken more often.

There is also a new flag that has been added to the game that marks specific ships on the map. This lets other players know that you are looking for a fight, which leads to more PvP gameplay. Of course, Sea of Thieves will also be getting a PvP focussed expansion soon called ‘The Arena', which at this rate, is bound to garner up even more interest.

KitGuru Says: I've only played Sea of Thieves a handful of times but it has always been a lot of fun. It sounds like the most recent updates are working wonders. Hopefully Rare will be able to keep up the pace and retain players with updates over the next few months. Have any of you checked out Sea of Thieves recently? Will you be hopping in when The Arena expansion launches?