Shadow of Mordor is getting a game of the year edition

Warner Bros has announced that it will be releasing Middle Earth: Shadow of Mordor next week with all of the previous DLC included in a new Game of the Year Edition. The GOTY edition of the game will be heading to the PC, Xbox One and PS4- last gen gamers appear to be missing out.

The game will include both The Lord of the Hunt and The Bright Lord story expansions. In addition, all of the extra skins, missions, runes and challenge modes will be included, as you would expect from a GOTY release. 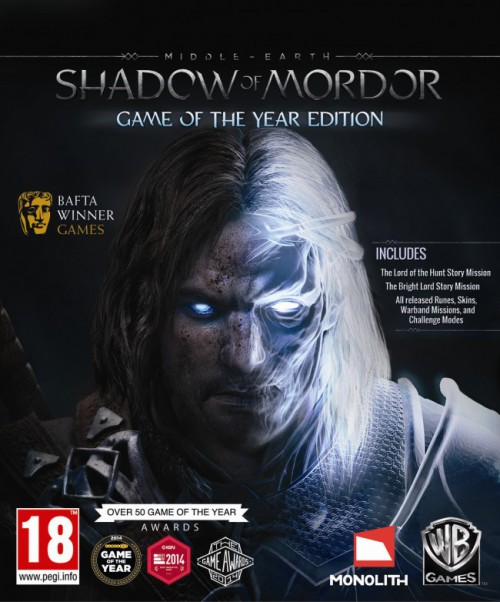 For those who somehow missed this game when it launched late last year, it puts you in the shoes of Talion, a ranger who gains wraith powers. The story takes you on a journey to fight ‘The Black Hand of Sauron' for revenge purposes.

The game caused quite a stir on the PC after recommending that users have at least 6GB of VRAM for Ultra textures. However, upon release, it was clear that the game would run well on most modern systems. Overall, the game received positive reviews and is certainly worth the play-through.

Shadow of Mordor GOTY launches on the 8th of May.

KitGuru Says: Shadow of Mordor impressed me on release, I thoroughly enjoyed the story, the two DLCs and Nemesis System in particular, which sees bosses grow stronger the more you die. If you haven't had a chance to beat it yet, then maybe grab this GOTY version when it releases on the 8th of May. What did you guys think of Shadow of Mordor? Did you enjoy it?