Back in the day, there were plans for a Star Wars Battlefront III, prior to Disney buying the Star Wars franchise and EA striking a ten-year licensing deal. Over time, we have seen little bits of pre-alpha footage here and there but now, someone has leaked an actual build of the game.

In the post, the leaker said: “After a lot of work I managed to get my hands on Star Wars Battlefront III and wanted to share the infamously cancelled game that I'm sure many of you wanted to play. I know not everyone will get the chance to play this immediately, but over time, I expect the modding community to be able to change that. 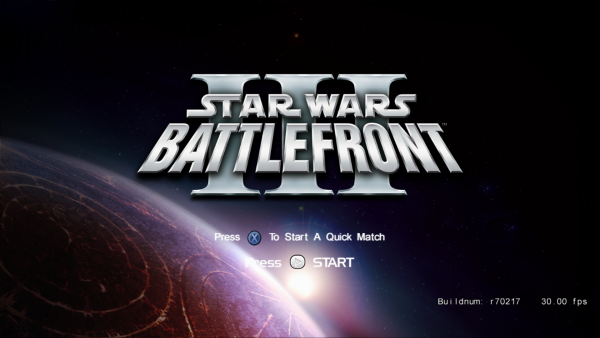 The files are actually for the Xbox 360 version of the game so unless some modders step up, you will need a Xbox 360 development kit or a debug unit to run the game. There is a working Xbox 360 emulator kicking around right now called Xenia but that is still in the early stages of development and Battlefront III won't work with it just yet. There is a 5.57GB download for the prototype but given the rules of Reddit, you will have to do some digging around of your own for the download link.

The original poster did say that should this be removed from Mega due to a copyright claim, then he won't be reloading it.

KitGuru Says: A lot of people were looking forward to the original Battlefront III before it was cancelled. I would be interested in trying out the prototype build myself just to learn a bit more about the early stages of game development and what goes into a pre-alpha triple A title.