Someone paid over £300 for Dark Souls Yorkshire Tea

Just last week, in a move that pretty much nobody saw coming, Namco Bandai and Yorkshire Tea teamed up to offer a unique Dark Souls branded box of 80 tea bags with the game's logo printed on the side. This was a one-time one of a kind box but it wasn't made just to promote the game, it was being auctioned off for a good cause too.

The Dark Souls box of tea bags was placed on eBay to raise money for charity and today, the auction ended, selling for £310. The charity being supported is called ‘SpecialEffect' and is dedicated to helping young people with disabilities play video games with modified input devices and controllers. 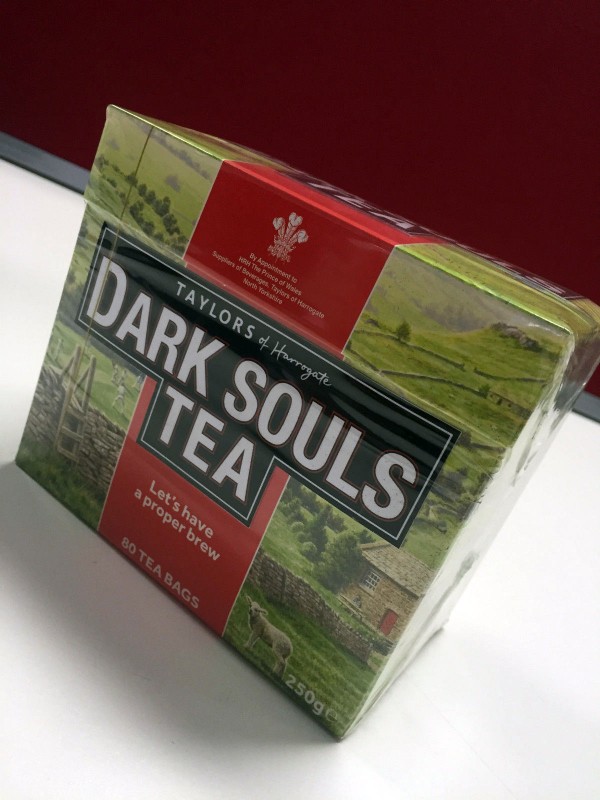 The whole idea came about following from a Twitter conversation between Bandai Namco and Yorkshire Tea. Dark Souls III itself will be launching later on in April on the PC, Xbox One and PS4 though the game is already out in Japan.

KitGuru Says: It is always nice to see game companies doing interesting bits for charity. Have any of you caved and bought the Japanese version of Dark Souls III yet? Are you holding out for the PC version later on in April?