Following on from the success of the Crash Bandicoot N.Sane trilogy's success last year, there have been numerous rumors pointing towards Spyro getting the spotlight next. Activision has already gone on record to say that more back catalogue titles will be coming back over the next few years, and now it looks like Spyro will be the first, with a release date in September.

This time around, the leak comes from Amazon Mexico, which recently put up a product page for Spyro Reignited Trilogy, complete with box PS4 box art and a 21st of September release date. Since going live, the page has been edited to remove box art, but at the time of publishing, the listing still shows the ‘reignited trilogy' title and release date. 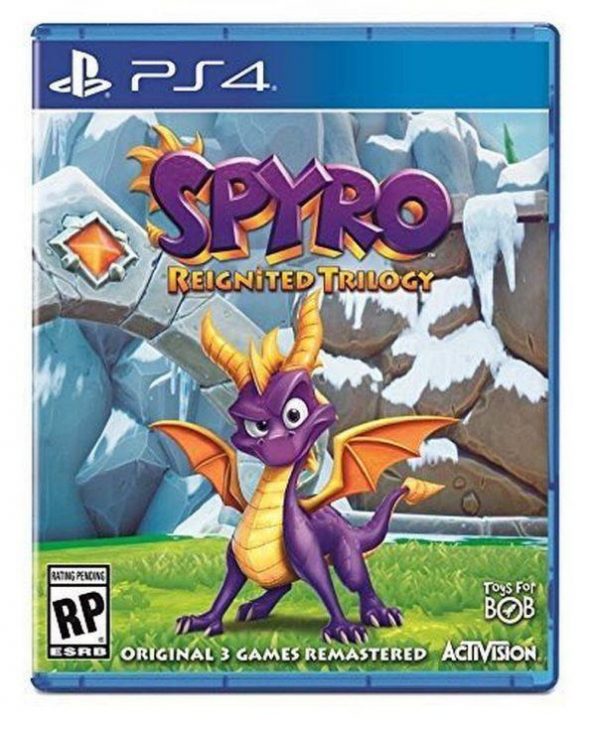 The listing confirms that the collection will contain Spyro the Dragon, Spyro 2: Ripto's Rage and Spyro: Year of the Dragon. While the Crash Bandicoot trilogy remaster was developed by Vicarious Visions, this time around it looks like ‘Toys for Bob' is taking charge on development. This is the same studio that developed Skylanders for Activision, and is also currently working on Crash Bandicoot for the Nintendo Switch.

Activision itself still hasn't put up an official announcement, but teasers are starting to go out. Recently, a reporter at IGN received a mysterious purple egg from the folks at Activision. Aside from that, Twitter user Pixelpar recently noticed that some changes were made to Activision's web domains, indicating that an announcement is in-bound.

Update: Some screenshots for the game have now leaked, you can view them in the gallery below:

KitGuru Says:  I'm very excited to see Spyro come back after all these years and judging by the screenshots, this set of remasters are going to end up being just as good as the Crash Bandicoot equivalents . Are any of you looking forward to the Spyro Reignited Trilogy? I imagine Activision's official announcement will be heading our way quite soon after this.