Deus Ex: Mankind Divided may have received fairly positive reviews back when it launched but unfortunately, it looks like that didn't translate into enough sales for Square Enix executives as a report this week claims that the publisher has put the series on hiatus for the time being. Instead of a new Deus Ex game, Square Enix will be pushing its focus on to its recently announced Marvel Project, as well as the Tomb Raider franchise.

This news comes from sources speaking with Eurogamer and it is pretty disappointing for fans of the Deus Ex series. Mankind Divided left several story threads unresolved that were planned to be included in a third game, which would complete the trilogy kick-started by Human Revolution back in 2011. 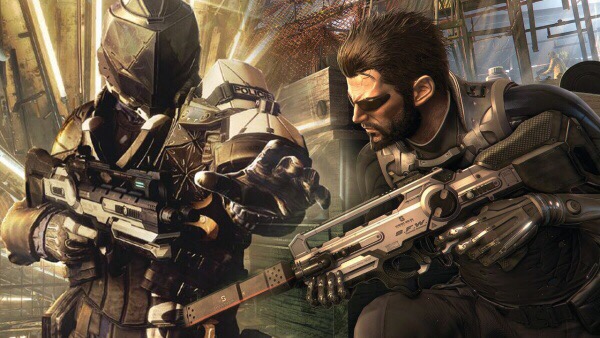 According to the source, there was a lot more content planned for Mankind Divided but cuts had to be made as the project was growing too large in scope. Now, we are unsure if the rest of the story will ever be told as part of a game as Mankind Divided's DLCs are all intended to be standalone stories.

This also signifies Square Enix's move away from the Deus Ex Universe project, which was set to be an ongoing and expanding game world connected by multiple core games and stories told by other mediums.

Going forward, Eidos Montreal will be working on a new Tomb Raider game currently thought to be titled ‘Shadow of the Tomb Raider' meanwhile Crystal Dynamics will be working on a new Avengers project as part of Square Enix and Marvel's multi-game deal. After The Avengers, a Guardians of the Galaxy game is said to be the next in-line, pushing back the future of Deus Ex further and further.

KitGuru Says: Square Enix has been known to have outlandish sales expectations at times. The publisher was initially disappointed in sales of the Tomb Raider reboot and Hitman Absolution as well, despite both games being top sellers. Hopefully a new Deus Ex game will head our way eventually but from the sounds of it, we won't be getting one for a few years.

Previous Rainbow Six: Siege’s next DLC operator revealed
Next Motorola speaks out on why Google and LG’s modular smartphones failed