Star Citizen backers can finally play the game's dog fighting module after a couple of delays. The playable segment is called Arena Commander and has launched today as version 0.8, Chris Roberts has announced. Arena Commander was originally due to launch last week but the developers came across a critical bug at the last minute and delayed the module until they could fix it although many didn't expect it to come out so soon.

Users can download the dog fighting module at the Star Citizen download page or by updating their hangars through the game's dedicated launcher. Version 0.8 also includes access to the Vanduul Swarm and Freeflight modes while also including a  flyable Aurora, 300i and Hornet. 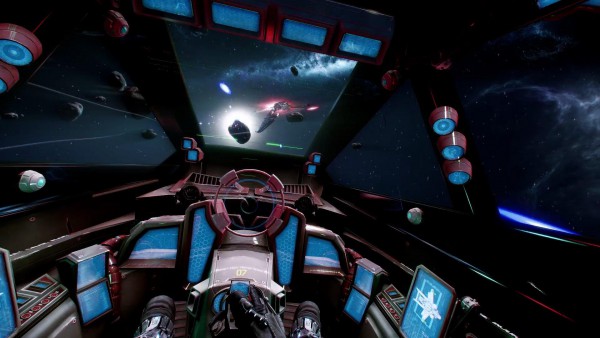 Here's the new trailer for the Arena Commander game mode:

Chris Roberts wrote a short blog to accompany the release of Arena Commander where he said:

“Remember: V0.8 is just the beginning. It's the start of a hard push for the development team as we head towards V0.9 and finally V1.0, at which point Arena Commander will be ‘feature complete' with the modes, maps and options promised at PAX. By the time V1.0 drops, we aim for the entire community to have access to the multiplayer game modes!”

KitGuru Says: Star Citizen certainly looks the part thanks to the Cryengine but I'm going to hold out for the final version of the game. Did any of you guys back Star Citizen? Have you tried out Arena Commander yet?