That Dark Souls 2 weapon durability bug has finally been fixed

Dark Souls 2 initially launched over a year ago on the PC and since then, it has even had a re-release in the form of the ‘Scholar of the First Sin' edition. However, for whatever reason, one of the game's most frustrating bugs has only just been fixed.

The Dark Souls 2 weapon durability bug has finally been patched. The bug caused your weapons to break faster if your game was running at 60 frames per second, which was a big selling point for getting the sequel on PC in the first place. 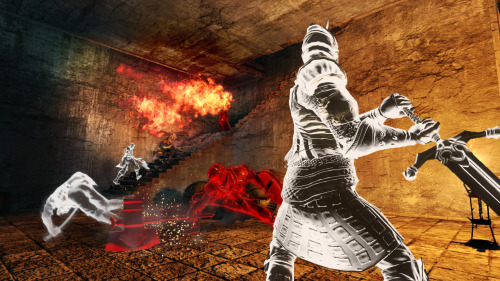 From Software did not seem all that interested in fixing the bug when it was only affecting PC users. However, the Dark Souls 2 re-release has landed on the Xbox One and PS4 now and since the game runs at 60 frames per second on both consoles, the bug was affecting even more people.

You can see what else From Software fixed in the latest patch notes for Dark Souls 2. If you are still playing the game on PC, then your items should now last longer while running at 60 frames per second.

KitGuru Says: While it is great that this bug has finally been fixed, it is frustrating that it took two releases of the game and over a year to fix. Are any of you guys still playing Dark Souls 2? Were you affected by the 60 frames per second bug?

Previous AMD: 20nm ‘Amur’ and ‘Nolan’ will ‘probably’ not go into production
Next EVGA starts to sell own-brand memory modules