The Crew beta locked to 30 frames per second on PC

In a slightly disappointing turn of events it seems that Ubisoft has imposed a 30 frames per second lock on The Crew beta, which launched today on PC and will end on Friday. Much like Need for Speed Rivals, the frame rate cap can be bumped up to 60 via a configuration file in the game directory but there is currently no word on what effect this will have on the game.

According to Ubisoft's community manager, the development team did this in order to provide an ‘optimal experience'. However, it seems more like Ubisoft is trying to achieve parity with the Playstation 4 and Xbox One: “Right now the team is focusing on providing an optimal experience for all players. You can unlock it, but it may affect the game's performances. Your call.” 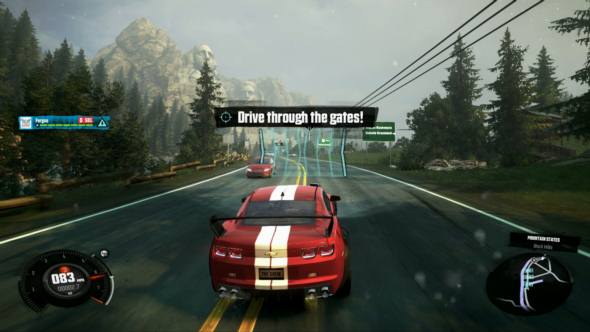 While Ubisoft doesn't seem to think that frame rate is important to gamers in a racing game, it does understand that we like our multi-monitor setups and as a result, it will support 5760×1080 resolution: “The final game will run in 1080p with 30 frames per second on Xbox One, PlayStation 4 and PC, and will support up to 5760*1080p on PC for triple screen set-ups.”

Hopefully, uncapping the frame rate won't have any negative effects on the game. We will update this story once we have confirmation.

Update: Most users seem to be running the game fine at 60 frames per second with no issues. Change the configuration file and try it for yourself.

KitGuru Says: This is just a beta so hopefully Ubisoft can get its act together before The Crew's final release. PC gamers don't like frame rate caps, it hinders the capabilities of our hardware. Have any of you guys tried out The Crew's beta? Have you tried uncapping the frame rate?