The Division’s active player count ‘back to launch numbers’

Update: Ubisoft has revised its original statement, claiming that the original wording was a ‘miscommunication’. An updated statement has since been issued, which now claims that The Division’s player numbers are “trending in a positive direction”, rather than claiming launch numbers are back. Full story, HERE.

Original Story: While The Division started off as a fairly strong offering with a large community, the player count did start to drop dramatically after Ubisoft began prioritising future DLC updates over patches, bug fixes and addressing community concerns. However, since then Ubisoft has been working hard on turning things around and it appears to be working as apparently The Division’s active player count returned to launch numbers after the Patch 1.4, which made sweeping changes to the game.

This is according to Ubisoft’s VP of live operations, Anne Blondel, who explained to pcgamesn that when the player count began dropping, Ubisoft had to make a tough call: “Some players left the game earlier than what we thought, then we had to make that tough call – do we keep providing them with extra content or do we stop everything for a while, settle down, fix everything and then once the game is where it should be, then we start providing more content.” 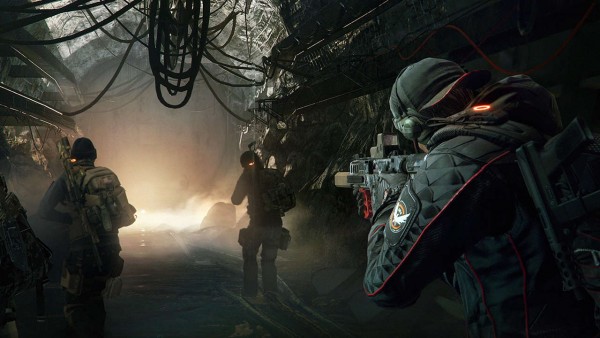 Some players were apparently initially disappointed in future content being delayed. However, judging by the community reaction since, Ubisoft made the right call: “Since the release of patch 1.4, we went back to the daily active users we had at launch, because people were so impressed”. Unfortunately, verifying these numbers can be tricky as all physical copies of the game and most third-party sellers will be dealing in uPlay codes, and we can’t see the sales figures or player counts for games on uPlay. We can see the Steam numbers through services like Steam Spy but due to the split base on PC, this does not give an accurate representation or paint the full picture.

Aside from the patch, Ubisoft has also implemented the public test realm in order to gauge community reaction from hardcore players and take feedback before pushing out future updates to everyone.  Now that the game seems to be back to where it should be, Ubisoft has got back on track with DLC, with the Survival DLC releasing this week. There will be another expansion titled ‘Last Stand’ in 2017 too.

KitGuru Says: I was a big fan of The Division at launch but eventually ran out of patience when it came to endgame bugs. Fortunately, all of the changes seem to have cleaned things up quite a bit and I can finally enjoy the game again. Have any of you jumped back into The Division since the new changes were implemented? Do you think Ubisoft has done enough to win people back?