Home / Software & Gaming / The next Hearthstone expansion arrives next week

The next Hearthstone expansion arrives next week

Hearthstone players are about to get another influx of new cards next week as Blizzard’s next big expansion, The Grand Tournament, is set to release. The second card expansion will add an additional 132 cards to the game, bringing along two new gameplay mechanics to boot.

One of the new mechanics is Joust, which forces both players to show a card in their deck, the person with the stronger revealed card gains an advantage in some form. The second new mechanic is ‘Inspire’ which buffs minions every time you use a hero power. 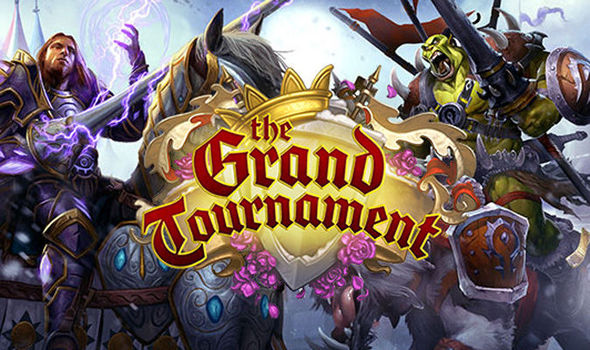 The Grand Tournament is the second major card expansion to Blizzard’s free to play game. The first expansion was Goblins VS Gnomes and added in a similar amount of cards to the game. Aside from these expansions, Blizzard also provides small boosts to the card count with mini-campaigns like the Curse of Naxxramus and Blackrock Mountain.

Ahead of The Grand Tournament’s release on the 24th of August, Blizzard will be releasing Hearthstone 3.0, a new update which allows players to take a look at all of the upcoming cards and try out the new game board.

KitGuru Says: Blizzard is ramping up the production of its expansions, providing more regular boosts and keeping players on their toes, which is great as it keeps players from all using the same decks and trying new things. Are any of you still playing Hearthstone? I don’t play as often as I used to but I still enjoy a good round every now and then.