The Overwatch Open Beta has been extended by one day

If any of you out there felt like you didn’t quite get your fill of Overwatch over the last few days while the Open Beta has been running, then you will be happy to know that you still have some extra time to play as Blizzard has gone ahead and extended the public play test period by 24 hours.

The open beta for Blizzard’s much-anticipated shooter (and first brand new IP in a decade), was initially due to end at 6PM this evening (May 9th) here in the UK. However, it will now be ending at 6PM tomorrow instead. 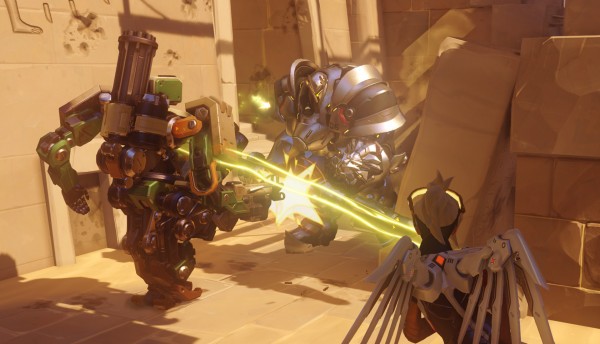 Overwatch was first announced back in 2014 and those that got to play the early versions at public events were more than impressed. However, a trademark dispute over the name Overwatch arose, which pushed back the closed beta a bit. In October last 2015, the beta finally arrived but Blizzard placed a heavy focus on getting Twitch streamers and YouTubers into the game early to help generate hype.

The open beta for Overwatch finally launched on the 5th of May, just a few short weeks before the game’s final release on the 24th. The game will be launching in a near identical state to what you can play right now and competitive play won’t be in the game at launch. However, Blizzard has content update plans for the rest of the year to keep the game fresh.

KitGuru Says: I spent most of my weekend finally playing Overwatch and it was fun though you do need a solid group to play with if you want to win a lot. There is a huge focus on character synergy and ensuring your team has plenty of damage potential but also, plenty of support to keep the heavy hitters from dying. Did any of you have a chance to try out Overwatch during the open beta? Were you pleased or disappointed?