The Rainbow Six: Siege beta kicks off today, here are the details

Ubisoft’s closed beta for the Rainbow Six: Siege beta kicks off today on the PC, Xbox One and PS4. There are plenty of beta key opportunities floating around the web at the moment so it’s not too late for you to get in. To mark the occasion, Ubisoft has outlined exactly what players can expect from the beta, which runs from today until the 28th of September.

The main objective of this closed beta is to test out matchmaking and online infrastructure, so there may be some hiccups here and there, which will then be addressed before the 1st of December release date for the game. There may be server maintenance over the next few days of the beta as well, so keep an eye on Ubisoft’s social media channels if you are wondering why you can’t play at any specific time. 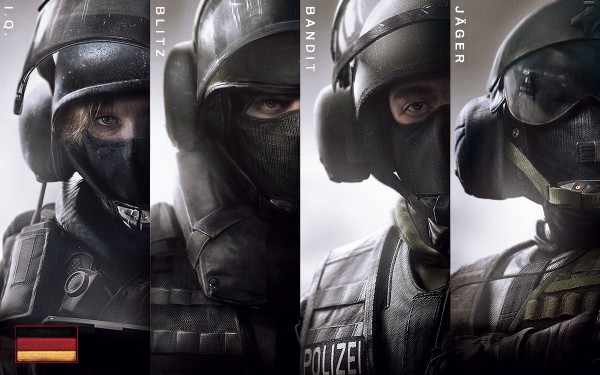 As far as the actual game goes, you will have access to 14 unique operator characters spread across the Counter-Terrorist and the Terrorist teams.

There will be three game modes to try in total, the first two being:

The third game mode is a PvE mode called Terrorist Hunt Classic, which will see four players team up to take out all enemies on a map filled with bots. This game mode is only made available tomorrow on the 25th of September.

There will be three maps in total, House, which was in the closed alpha, and two brand new maps: Consulate, a huge, well guarded building located in Abidjan and Hereford Base, a fortress based on the SAS Counter-Terrorist base of operations.

KitGuru Says: Many have found it quite easy to get in to the Rainbow Six beta on the PC, thanks to the sheer amount of key giveaways. I would speculate that Ubisoft will perhaps even open up the beta to everyone at some point, though there is no way to know for certain. Will any of you be hopping on to the Rainbow Six: Siege beta this week?

Previous Acer Liquid Jade Z smartphone review
Next Bioshock for iOS is no longer available, even if you bought it