The Witcher 3 delayed again until May 2015

CD Projekt Red has made the decision to delay The Witcher 3: The Wild Hunt again, this time by three months. The highly anticipated open-world RPG was originally supposed to come out in October this year but was originally delayed until February in order to ensure the game was up to scratch before release.

The Witcher 3 will now launch on the 19th of May 2015. The delay was announced in an open letter to fans from CD Projekt Red, apologizing for setting a release date too hastily.

“The sheer size and complexity of The Witcher, key features of the title, have had a decisive impact on production. Now, nearing the end of our work, we see many details that need to be corrected. When we release the most important game in our studio’s history, we must be absolutely sure that we did everything we could to limit any bugs to a level that will allow you to enjoy the game thoroughly.” 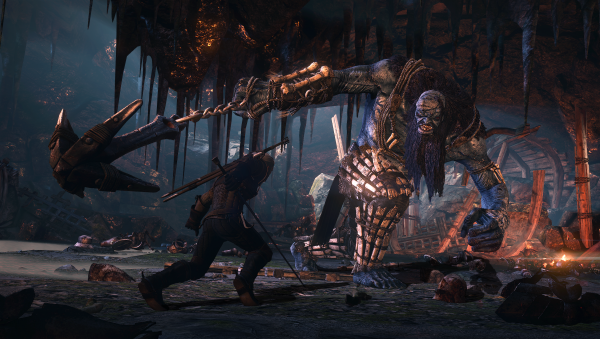 Ultimately, the team decided that even though they were all working full speed, another three months would be needed:

“With this in mind, we took another look at current workloads and what they mean for the team. Even though everyone is working at full speed, we concluded that we need another 12 weeks, so we are shifting the release date of The Witcher 3: Wild Hunt to May 19th, 2015.”

The letter ends with an apology for hastily setting two release dates: “We owe you an apology. We set the release date too hastily. It’s a hard lesson, one to take to heart for the future. We know what we want to do to make Wild Hunt one of the best RPGs you will ever play. And we continue to work hard to achieve just that. So, we apologize and ask for your trust.”

KitGuru Says: This delay is certainly a shame but hopefully it will ensure a complete, working experience when the game does finally launch. Are you guys looking forward to The Witcher 3? Are you disappointed in the new delay?