The Witcher 3 is coming to Nintendo Switch, will run at 720p docked and 540p handheld

This week, CD Projekt Red confirmed that The Witcher 3 will be coming to Nintendo Switch this year. There were rumours surrounding this over the course of 2019 and many doubted that the game could be adjusted to the point of running on a Switch. However, CD Projekt Red has managed to make it happen, although there will be some obvious drawbacks to resolution.

While previous retail listings hinted at a September launch, the E3 announcement only announced a 2019 release date for the game. With that in mind, the game could be delayed past September depending on how the rest of development goes. 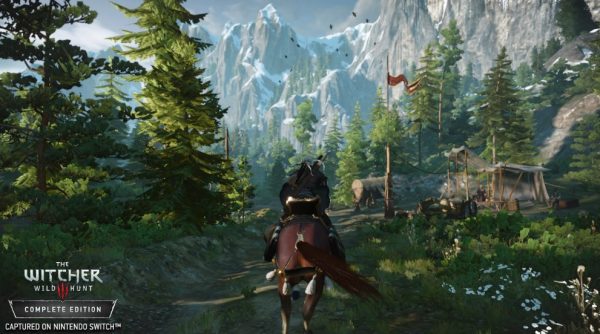 The Witcher 3 will run with dynamic resolution switched on while docked, with a maximum resolution of 720p. Meanwhile in handheld mode, the game will run at 540p, which is very low but won’t look as bad as it sounds on the Switch’s small screen. Just like the other console versions of the game, it will be running at 30 frames per second.

Switch owners will be getting the complete edition of The Witcher 3, so all of the free DLCs and two expansions are included alongside the base game. We don’t have a specific release date yet but hopefully we’ll hear more on that soon.

KitGuru Says: Getting The Witcher 3 running on Switch at all is a very impressive feat. I don’t expect it to look very good but I am still excited to get my hands on this. Will any of you be checking out The Witcher when it comes to Switch?

Previous Gigabyte MW32-SP0 Intel Xeon Motherboard Review
Next Nintendo is making a sequel to The Legend of Zelda: Breath of the Wild