The year isn’t quite over just yet but so far, The Witcher 3: The Wild Hunt has been one of the best games to release and it seems that plenty of people agree as the RPG just won five Golden Joystick awards and was even crowned as the ‘ultimate game of the year’. CD Projekt Red’s masterpiece was nominated for several categories, from there, it was up to fans to vote on who wins.

In total, The Witcher won five awards including: Ultimate Game of the Year, Studio of the Year, Best Storytelling, Best Visual Design and Best Gaming Moment for the bloody baron quest line. 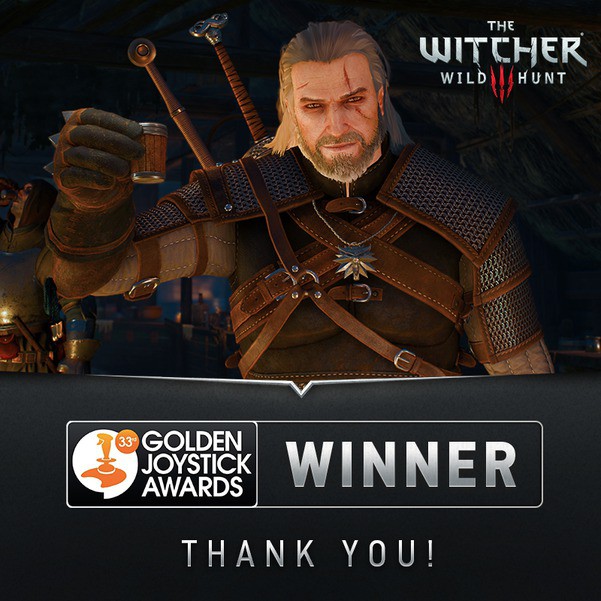 The Witcher launched back in May after two delays. Since then, CD Projekt Red has gone on to release eleven patches, 16 free DLCs and one expansion pack known as Hearts of Stone- which is really worth playing if you haven’t already.

There is a second, larger expansion planned for release at some point next year known as Blood and Wine. After that, CDPR will be moving on to Cyberpunk 2077, a completely original IP.

KitGuru Says: The Witcher 3 has gone on to become one of my favourite games of all time, though I do have high hopes for Fallout 4, which is just around the corner. Have any of you played the new expansion just yet?