Home / Software & Gaming / The Witcher is getting its own movie

The Witcher is getting its own movie

It looks like Geralt is heading for the big screen in 2017, as a movie based on The Witcher series is now in the works. Right now, it isn't clear if this will be a live action or animated film, but we do know that Polish company, Platige films, will be helping on the project, which is credited with Halo 5's cutscenes along with The Witcher 3's opening cinematic.

The movie will star Geralt of Rivia, though it won't be based on the games as some might expect due to their popularity. Instead, this movie will follow one of the original books known as ‘The Last Wish, a collection of short stories based on characters in the Witcher universe, written by author, Andrzej Sapkowski. 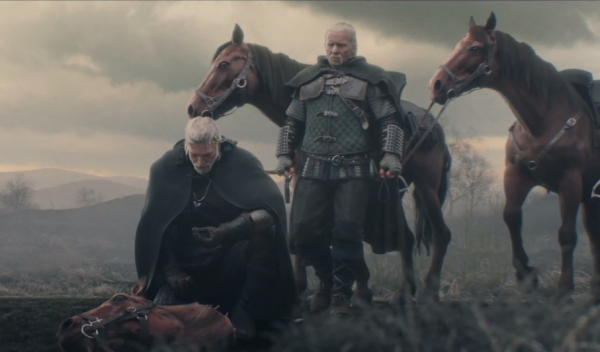 Taking on directing duties will be Tomasz Baginski, while the script will be written by Thania St. John who worked on projects like Grimm and Buffy the Vampire Slayer. So far, no actors have been tied to the project, so we don't know who will voice or play Geralt. At this time, CD Projekt Red has no involvement with the movie, so don't expect it to tie in to the games at all. It is also worth pointing out that Andrzej Sapkowski doesn't consider the games to be canon.

KitGuru Says: I'm a big fan of The Witcher games but I haven't got around to reading the other books, outside of ‘Blood of Elves'. Either way, it will be interesting to see how this turns out, though it is worth keeping in mind that while a 2017 date was announced, these movies can get tied up in development hell for years and years. Are you glad the film is going to follow the books rather than the games?