There is a new expansion coming to Age of Empires II

It looks like Microsoft is renewing its interest in the Age of Empires series as it has announced that it will be working on a new expansion for Age of Empires II: HD Edition. Microsoft has brought in some outside help too.

The team behind the fan-made Age of Empires II mod: ‘Forgotten Empires’, is helping Microsoft out with its new expansion pack, which will release some time this year. 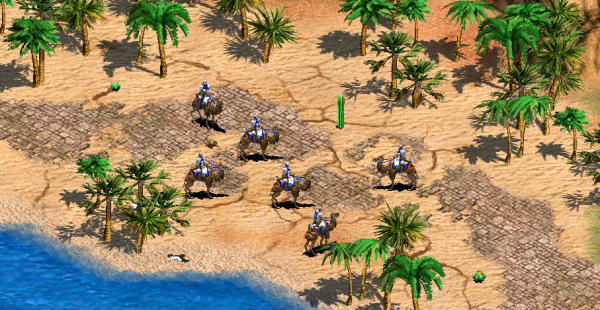 The announcement was made on Steam, where Microsoft posted a teaser image of the camel archer, one of the new units being worked on for the game. The expansion will also include new civilisations, campaigns and even game modes.

Microsoft is also making an effort to improve the Steam workshop for the famed RTS title, with a new mod manager, there will also be some improvements to multiplayer.

Previous Price drops of AMD Radeon R9 290-series are over, price-tags freeze
Next Samsung Galaxy S6 Edge will be in short supply at launch