We've seen some excellent Humble Bundles over the years, with several major publishers contributing to some of the best. For this month, Humble Bundle is shining a spotlight on VR, with seven highly rated virtual reality games up for grabs, each with support for Oculus, Steam VR headsets and Windows Mixed Reality.

Paying the £1 entry fee will nab you Cosmic Trip and Smashbox Arena, the former being a strategy game and the latter being a multiplayer focused shooter. If you ‘beat the average', which sits at £10.84 at the time of writing, you will also get codes for GORN, Budget Cuts and Space Pirate Trainer. GORN is perhaps the most fun melee combat simulator around right now, while Budget Cuts is a fun, spy-themed stealth game. Finally, Space Pirate Trainer is a wave shooter, where you will fire at drones, dodge around bullets and use your shield for cover- like Beat Saber, this one is also a pretty good workout. 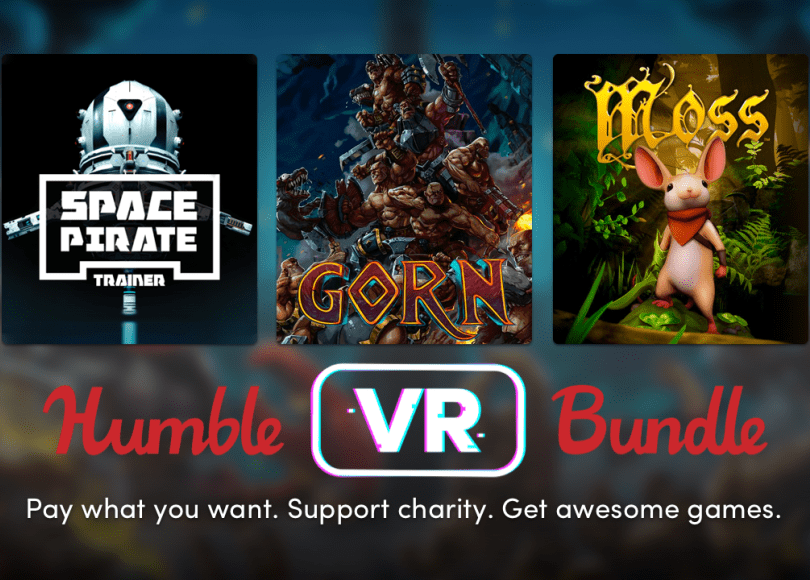 Finally, paying £11.50 will get you the final two games on offer, which are Superhot VR and Moss. Superhot VR is separate to the standard non-VR version, with all-new levels and challenges. It still plays like a puzzle shooter though, where every movement counts towards clearing out enemies without getting hit.

Moss on the other hand is a charming puzzle adventure where you take on the role of Quill, a young mouse looking to journey out and explore a fantasy world. You can find the Humble VR Bundle, HERE.

KitGuru Says: I've played almost every game on this list. If you are just getting into VR, or want to try a nice variety of different games, then I would certainly recommend this bundle as the best place to start. Are any of you picking this one up?