Titanfall 2 is landing later this year and while we haven’t seen much past the teaser trailer just yet, a leak today has given us a good idea of what to expect from the sequel, including some larger maps and new gameplay mechanics- one of which involves a grappling hook.

Grappling hooks in Titanfall 2 will have multiple uses including grounding enemies jumping through the air, to help out in free running and to get into your Titan from a distance, according to the leaker on Reddit. 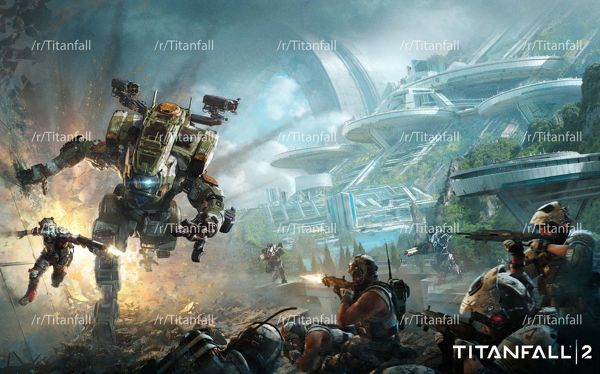 We may also see some larger map designs in Titanfall 2, if the leaked artwork is anything to go by as it appears to be larger than the areas seen in the original game. That said, one of the best things about Titanfall originally was its smart level design, meaning you were never really too far from the action so hopefully that won’t be sacrificed.

Right now, the rumoured release date for Titanfall 2 is October, which means it may end up coming out in the same month as Battlefield 1. Right now, the only official information we have on the release date is that it is due in Q3 of the fiscal year, which could mean any time between October and December. However, with E3 right around the corner, we should find out more information soon.

KitGuru Says: I was a big fan of Titanfall when it first came out but the game didn’t really catch on in the way many had hoped and eventually, the matchmaking system struggled to find full games. Hopefully the sequel will end up living a bit of a longer and more successfully life.