While EA and Respawn Entertainment are keeping quiet on exact Titanfall 2 sales figures and standing by the game's long-term sales potential, all early indications seem to show that the game just isn't doing very well sales-wise, despite positive reviews and coverage. Now, we have further evidence of that as a research firm has published statistics showing that Titanfall 2 digital first-month sales are down by 28 percent compared to the original game.

The results were published by Superdata Research, who cite the game's release window as a key factor in this: “Electronic Arts made the poor choice to push out the title in between the releases of two larger and more popular FPS franchises. The divided attention of FPS gamers had a negative impact on sales, bringing in total of only $18 million”. 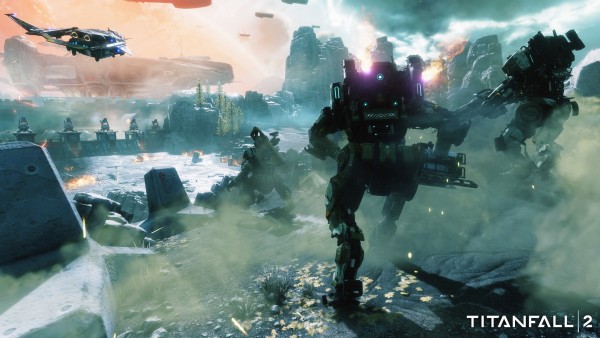 Sure, $18 million sounds like a lot of money but compared to Titanfall 1, which came out in March 2014 with much less competition surrounding its release date, this number is 28 percent lower. It isn't all doom and gloom though, the FPS market might be highly competitive and saturated right now, but Respawn and EA are continuing to support Titanfall 2 with new content and will do so throughout 2017.

On top of that, the game is getting a free multiplayer weekend over the next few days, which may help boost interest in the game after letting more people try it out.

KitGuru Says: I can't help but feel like Respawn and EA really missed an opportunity with Titanfall 2. The release timing was poor and on top of that, the game was not featured on services like EA/Origin Access, which would have allowed more people to try the game before committing to the purchase. Hopefully things can pick back up with some additional promotion of the game over the next few months.