Total War: Warhammer has been pushed back from its previously scheduled release date this month. The RTS was set to come out on the PC late April but will now be coming out on the 24th of May instead in order to give the studio more time to wrap some things up and ensure that review copies are sent out to press outlets well ahead of time.

However, there is also some additional news in the form of system requirements for the PC- they are quite detailed too. The minimum requirements should allow for 30fps gameplay in the campaign and in a 1v1 20v20 units battle on the low graphics preset. For this, you will need a 64-bit copy of Windows 7 or newer, an Intel Core 2 Duo, 3GB of RAM and an AMD Radeon HD 5770 or Nvidia GTS 450 graphics card. 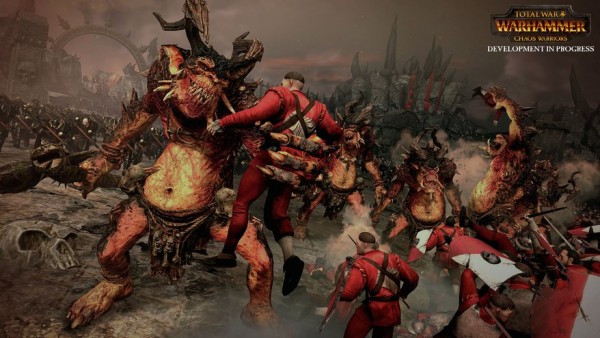 Those wanting a solid 60+ frames per second at Ultra graphics settings in that same gameplay scenario will need an Intel Core i7-4790K, 8GB of RAM and an AMD Fury X or GTX 980 graphics card.

KitGuru Says: While it is always a shame to see a game delayed, the studio behind Total War: Warhammer put in quite a bit of effort to the system requirements. It isn't often we get given details on graphical settings and expected frame rates alongside minimum/recommended PC configurations. Are any of you planning on playing Total War: Warhammer when it comes out?