Back 4 Blood has been out for around a month now, which means it is time to start talking about post-release content. Today, Turtle Rock shared its roadmap for upcoming content, including free updates, with the first paid expansions coming in 2022.

At launch, Back 4 Blood has one lengthy campaign for players to work through, as well as a multiplayer horde mode. This month, players can look forward to further quality of life improvements and bug fixes, followed by a more substantial content update in December. Next month's update will introduce new supply lines, a new ridden practice area, a seasonal event, in addition to a proper offline, solo mode for the campaign. 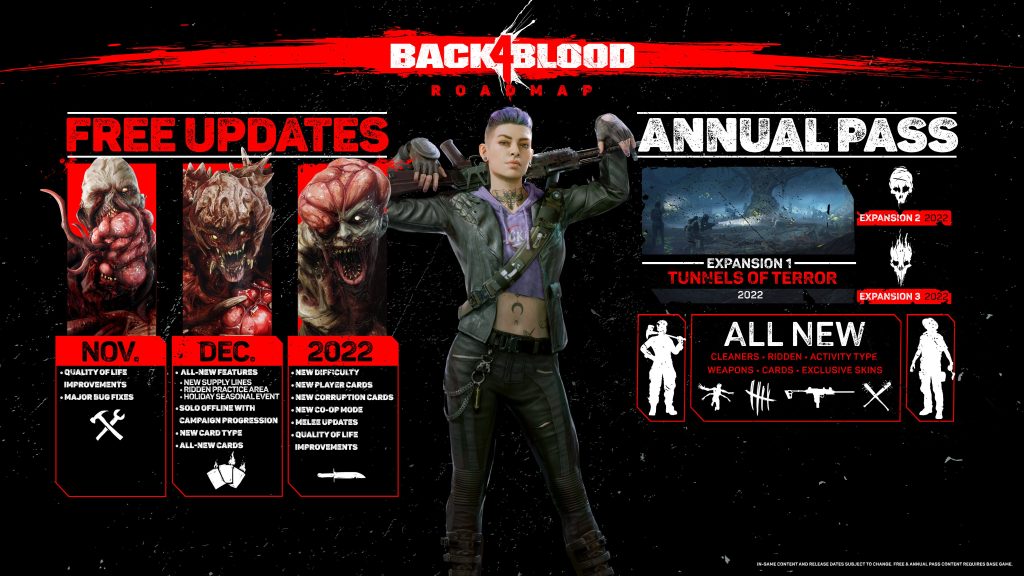 In 2022, Turtle Rock will turn its attention to the game's season pass content, starting with the first expansion, “Tunnels of Terror”, in early 2022. Two more unnamed expansions are also due for release next year, bringing new cleaners, ridden, weapons, cards, cosmetics and a new game mode.

That is all the information we have for now, so we'll have to stay tuned for more details in the months to come.

KitGuru Says: Have many of you played Back 4 Blood since launch? Will you be jumping back in for the expansions when they arrive?