Obviously there were some caveats to this win, in-fact, some would consider the new method as cheating. In order to get through the game, it was modded to automatically pause to allow chat to vote on what to do next and organize a proper strategy. This essentially turned Dark Souls in to a turn based game. 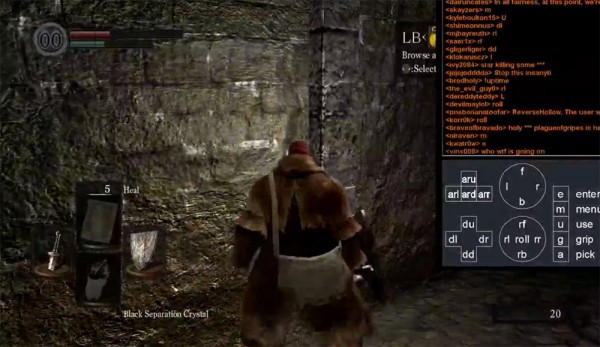 Either way though, the achievement is still fairly impressive. The game only took 43 days, eight hours, fourteen minutes and 23 seconds to complete. As you would imagine, the death count is fairly high, with 904 of them occurring during the playthrough.

The Twitch Plays formula has since been applied to Fallout 3 and will likely spread to more games following this, in-fact Dark Souls 2 has already begun. It certainly is pretty popular amongst Twitch users and interested to keep tabs on.

KitGuru Says: It’s understandable why they modded Dark Souls, the Twitch Plays chat never would have managed the entire playthrough without it. Did any of you catch any of Twitch Plays Dark Souls? I caught a few of the boss fights but that’s mostly it.