It looks like Watch Dogs is set to get a new playable city as Ubisoft is teasing some upcoming DLC on Twitter. The Watch Dogs Twitter account sent out a picture saying “The City of Camden had the highest crime rate in the US in 2012. A 24/7 surveillance program is now in effect.”

A fan asked if this was going to be DLC, to which the Watch Dogs Twitter account replied, “Coming this Fall!”. Forbes has pointed out that Camden didn’t actually have the highest crime rate in the US in 2012, in-fact it isn’t even in the top ten. However, games tend to be works of fiction, so I think we can overlook the facts in this case. 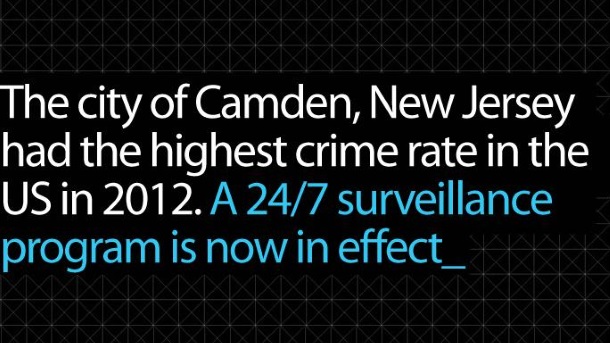 Ubisoft hasn’t officially announced the title of its upcoming DLC yet or told if it will come as part of the game’s season pass. However, from looking at the tweets, it’s safe to assume that Watch Dogs players will be heading to New Jersey later this year.

There’s no word on how big the map will be or even if the player will take on the role of Aiden Pearce again although Gamescom is coming up so we may see some form of announcement at the event.

KitGuru Says: I’m still working my way through Watch Dogs, although I just can’t get passed some of the issues it has on the PC. The frame rate is far too inconsistent. Are any of you guys still playing Watch Dogs? If so, which platform are you playing on?