This week, Valve really shook up the Counter-Strike: Global Offensive community with a new gun, the R8 Revolver. The gun was swiftly discovered to be insanely powerful and accurate, with massive base damage and the ability for one shot kills. Now after much feedback, Valve has patched the gun to make it slightly less overpowered.

The revolver's damage has been reduced from 115 to 86 and it now takes 0.4 seconds longer to fire on its left click mode. The revolver has two modes of fire, a slow shot which packs more power using the left click, or rapid fire using the right click, which is less accurate and less powerful but useful if you need to ‘spray and pray'. 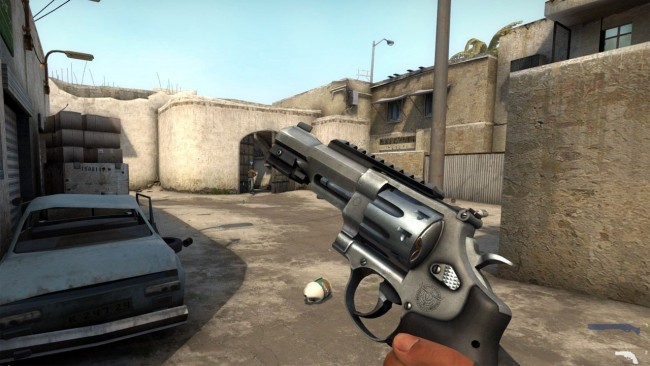 Valve gave some details in a CS:GO blog post, which said: “While it typically takes more time to generate enough data to drive an update (and gameplay updates are always a bit disruptive), in this case it’s clear that we got the damage wrong and can respond immediately”.

“So today we’re updating the R8 Revolver to bring its values to be more in line with other weapons: among other changes, its damage has been reduced and it takes slightly longer to fire.”

KitGuru Says: I had a chance to play around with the CS:GO revolver and while it was fun to experiment with in its overpowered state, I'm glad Valve has taken it down a notch. Have any of you had a chance to try the new revolver in CSGO? What did you think of it?