You can watch Aperture Science robots build the Steam Controller

Back in 2013, Valve set out on a mission to reinvent the gamepad to bring PC gaming to the living room. It has taken a while but the Steam Controller finally launched this year and now, we can see how it is put together be the Aperture Science branded robots at an assembly plant in the US.

As we already know, the key difference with the Steam controller is the inclusion of touch pads, rather than the traditional two analogue sticks. As a Wired report points out, given the new controller design, Valve wanted to be hands on with the manufacturing as well: “When we first started designing hardware at Valve, we decided we wanted to try and do the manufacturing as well”. 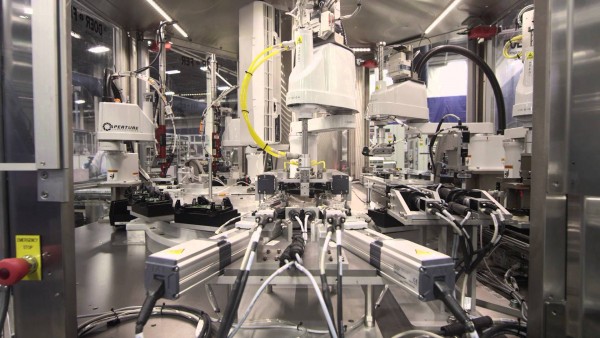 “To achieve our goal of a flexible controller, we felt it was important to have a similar amount of flexibility in our manufacturing process, and that meant looking into automated assembly lines. It turns out that most consumer hardware of this kind still has humans involved in stages throughout manufacturing, but we kind of went overboard, and built one of the largest fully automated assembly lines in the US.”

“We aren’t crazy though, so humans are still on hand to keep the robots from becoming sentient.”

KitGuru Says: The video is a pretty interesting watch, it’s well shot too, which helps. Have any of you used a Steam Controller yet? What do you think of it?