Steam User Reviews are often a useful tool for many looking to pick up a new game on Steam but there are ways to exploit the system. For example, there are some developers out there that will gift copies of their games in exchange for positive reviews. As a result, sometimes the overall rating on a game isn't a true representation of how paying customers felt about it- which is something Valve is planning to address.

In a Steam Community post today, Valve announced that it would be making a new batch of Steam User Review changes. The main change here is that the overall review score for a game will no longer include any reviews from users receiving the game for free via a gift or free weekend. Those users can still write reviews, it just won't affect the overall score. 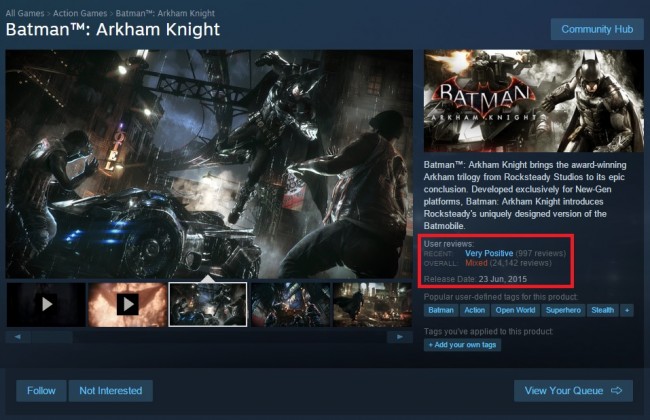 This change began rolling out a few days ago but may take a few days to appear across the board. So over the next few days, we may see some Steam User Review scores suddenly change.

KitGuru Says: The idea behind these changes is to better represent how actual buyers of any specific title feel about their purchase, which makes sense in this case. Though I do wonder how this impacts keys redeemed on Steam either after receiving a game as part of a promotion or keys bought from third-party sellers.