Valve will apparently release a ‘flagship VR game’ in 2019

Since early 2017, we have known that Valve is working on three full VR games, which would take advantage of the Knuckles/Index controllers that were being developed alongside them. With that in mind, you may have thought that Valve would have something ready to go in time for its big Index headset launch this month. Unfortunately, that is not the case, although apparently we will be getting one ‘flagship VR game' before the end of 2019.

Last night, Valve officially lifted the curtain on the Index, the company's own VR headset. It has some very impressive technical specifications but if you require the Index controllers and base stations, then pricing shoots up quite rapidly. Much of this information was revealed to a small group of journalists earlier this month, at a secret Valve Index press event. 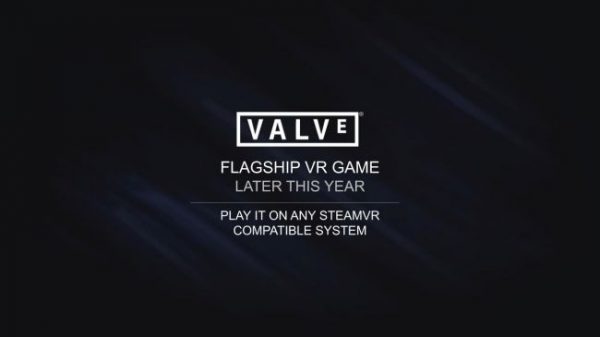 During this event, many were understandably asking Valve about its software plans, to which the team on-hand replied that a flagship VR game will be coming later this year. This game won't be exclusive to the Index and will support other control inputs, so if you have an Oculus Rift + Touch controllers, or a VIVE + Wands, then you will be able to play this game through Steam. However, it is going to play best with Index controllers and look best on the Index headset thanks to its improved optics.

What exactly this ‘flagship game' will end up being still remains to be seen. There have been plenty of Half-Life VR leaks over the last year but there are also signs that Valve could be working on a Portal game, or something new entirely, as references to ‘the Citadel' were recently discovered in code strings.

KitGuru Says: It has gotten to a point with Valve where I won't believe a game is actually coming until it is properly shown. I am disappointed that a game announcement wasn't prepared in time for the Index reveal but with E3 just around the corner, perhaps we'll hear more about the software side of things soon.