When the Rift S was announced, some of the core details were a bit vague, with Oculus promising improved visual fidelity, optics, comfort etc. Now we have a better idea of the different trade-offs made for the new design. For instance, the Rift S has an improved display resolution of 1280×1440 per eye (up from 1080×1200) but the display itself is now LCD rather than OLED, which means the black level won't be quite as good as it was before. Aside from that, the refresh rate has been reduced from 90Hz to 80Hz and Oculus has moved to a fixed IPD of 64mm, whereas the CV1 was adjustable between 58mm and 71mm.

The flip down headphones have been replaced by speakers embedded in the headband. That means the Rift S is still an all-in-one solution but if you want truly enclosed audio, you will need to plug in your own pair of headphones. 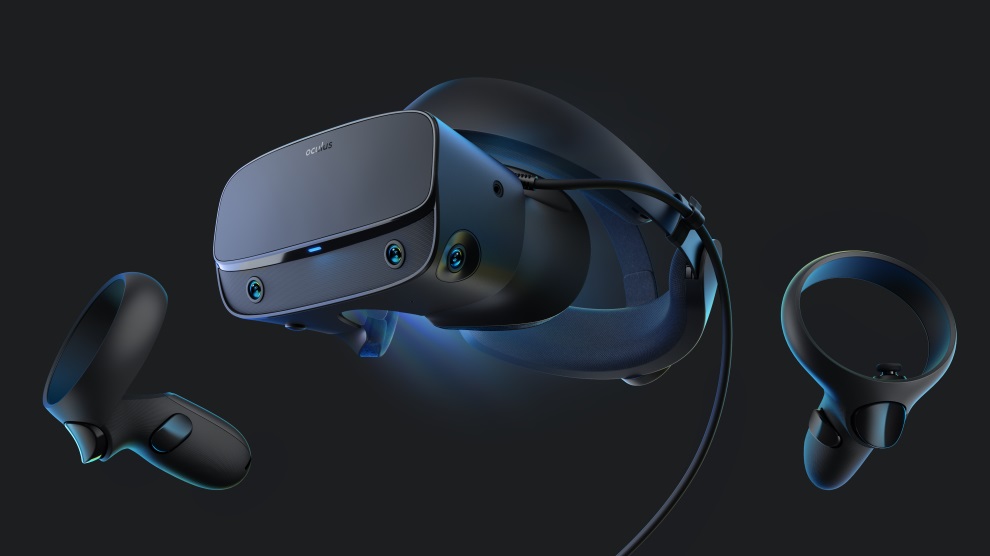 Here is a full specification breakdown:

Ultimately, the Oculus Rift S brings along a more comfortable design, a much simpler setup process thanks to the internal tracking sensors and better optics. The biggest trade-offs appear to be the switch to LCD instead of OLED and the fixed IPD. According to a study, the average IPD of adults lies somewhere in the 63mm range, so the Rift S is designed to suit most people but the lack of adjustability means that some people will be left with a less than ideal experience.

The Oculus Rift S will begin shipping on the 21st of May and pre-orders are already live. The headset will set you back £399/$399. Beyond that, the Oculus Quest is also set to arrive on the 21st of May, which will be an all-in-one VR device powered by a Snapdragon processor.

KitGuru Says: After seeing the specs of the Valve Index, the Rift S doesn't seem as appealing. Still, inside-out tracking does seem like a more convenient solution for those with a lack of space. The fact that it is also much cheaper also doesn't hurt. Are any of you planning on buying a VR headset this year? Are you leaning towards an Oculus, a VIVE or even the Valve Index?

Previous Valve will apparently release a ‘flagship VR game’ in 2019
Next Oculus Quest is powered by a Snapdragon 835, releases this month