For a few months now, Watch Dogs Legion has been following a content roadmap for major updates throughout the year. Some of this planned content is now being juggled around, with some updates pushed back to a later date. We also have an official date for Watch Dogs Legion's 60 frames per second mode on Xbox Series X and PS5 consoles.

Since launching late last year, Watch Dogs Legion has offered just one graphics mode on Xbox Series X/S and PS5, enabling 30FPS gameplay with ray-traced reflections. On the 1st of June, a performance mode will be added to the game, enabling 60FPS gameplay on both new consoles. 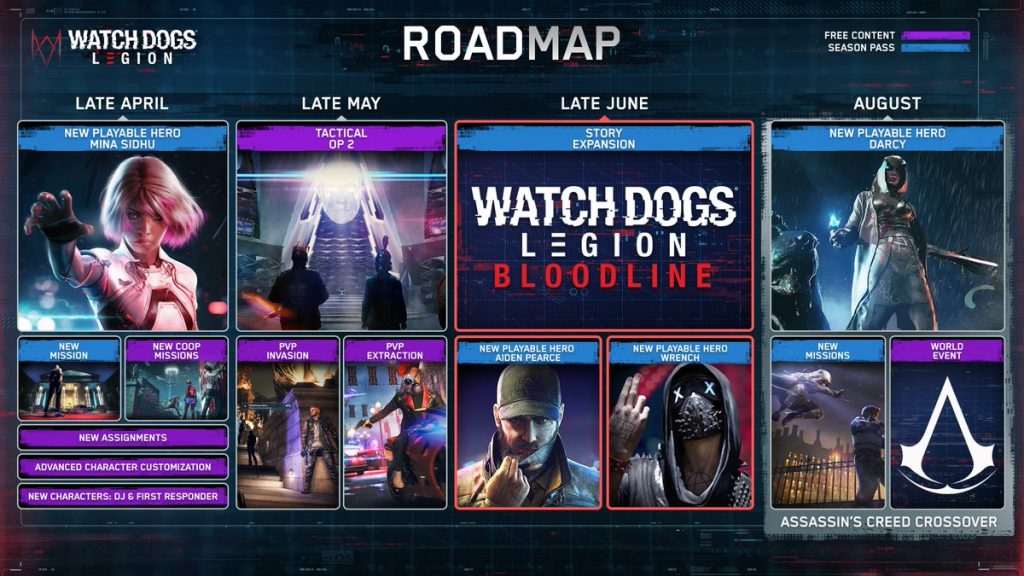 Unfortunately, we still don't know much about the technical changes made to reach 60 frames per second, so there's still more to hear on resolution, graphical settings etc. Chances are, this mode will disable ray-traced reflections.

As for other upcoming content, Watch Dogs Legion will be getting its 5.0 major update in July, which will add previous Watch Dogs characters, Aiden Pearce and Wrench to the game. Online modes like Invasion and Extraction have unfortunately been delayed a bit though, moving into an August release window.

KitGuru Says: Is there anything on the Watch Dogs Legion roadmap that you are looking forward to?