Avengers update will finally let you replay the story

Marvel’s Avengers has had a turbulent life so far. The live service title has underwhelmed both critically and commercially. Despite this however, Square Enix seemingly remains committed to the game, slowly improving the title and adding new content. One of these improvements will soon allow players to replay the campaign story without needing to wipe their entire character and start anew.

Though Marvel’s Avengers has suffered from a less than stellar critical reception, one of the game’s main highlights was its campaign mode, which offered a fun and engaging single player experience. Unfortunately, until now, players could only play the campaign once.

After the initial playthrough, in order to play the campaign again, players would either have to delete their entire save file, or sign into the game from a different account – neither solution of which was convenient. 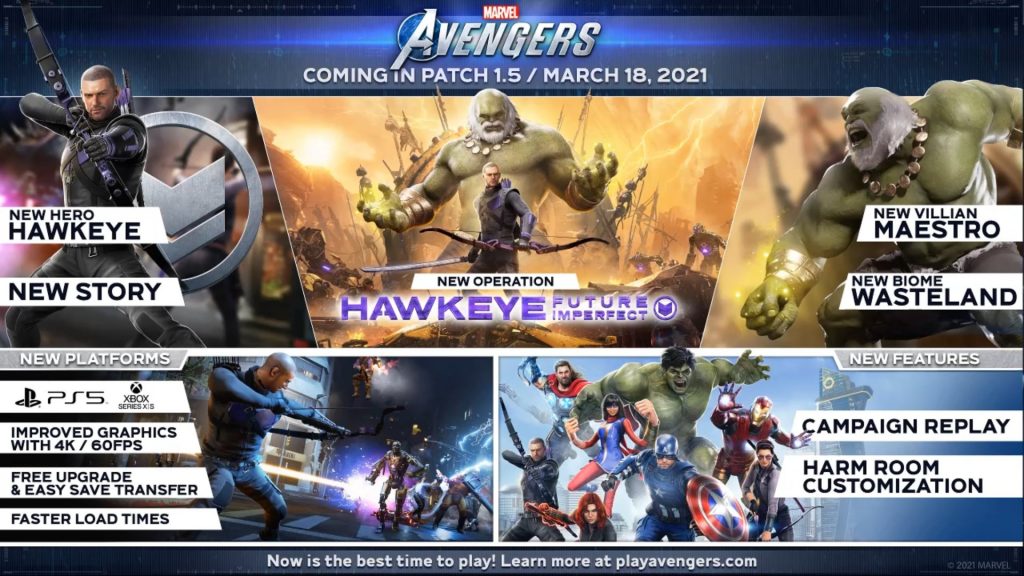 While some games still don’t have a New Game Plus mode, most will at least allow players to re-experience the game without needing to wipe their entire save data (through offering multiple save files for example). As such, the omission by Marvel’s Avengers was indicative of just how much the game needed to improve.

Fortunately come the 18th of March, alongside a litany of other additions and improvements arriving with patch 1.5, Marvel’s Avengers will finally be adding a “Campaign Replay” mode, allowing fans to replay what many consider to be the best part of the game. While this on its own will not fix Marvel’s Avengers, it is a good and healthy step in the right direction.

KitGuru says: What do you think of Marvel’s Avengers? Did you enjoy the campaign? Will you replay it? Let us know down below.