Cities: Skylines and Farming Simulator are free on PlayStation Plus

Each month, Sony offers subscribers of its PlayStation Plus service a number of free games. For the month of May, subscribers can brave the outdoors in ‘Farming Simulator 19’, or build and control an entire metropolis in ‘Cities: Skylines’. Both of these games are available to purchase for free from now until the 1st of June.

Cities: Skylines – PlayStation 4 Edition is a console port of the successful PC city building simulation game. Developed by Colossal Order, Cities: Skylines filled the gap that was missing in the wake of the critical failure of 2013’s ‘SimCity’. In Cities: Skylines “you’ll need strategic smarts to keep your burgeoning ecosystem from collapse, ensuring your ever-growing populace stay happy and the industries that are the lifeblood of your expanding metropolis continue to thrive”.

The PlayStation version saw favourable reviews upon its release in 2017, with particular praise being given to the ways in which the game was adapted to be used with a controller. Though most of us are currently quarantined at home, you can now take control of, and tour, an entire city of your own creation in Cities: Skylines. 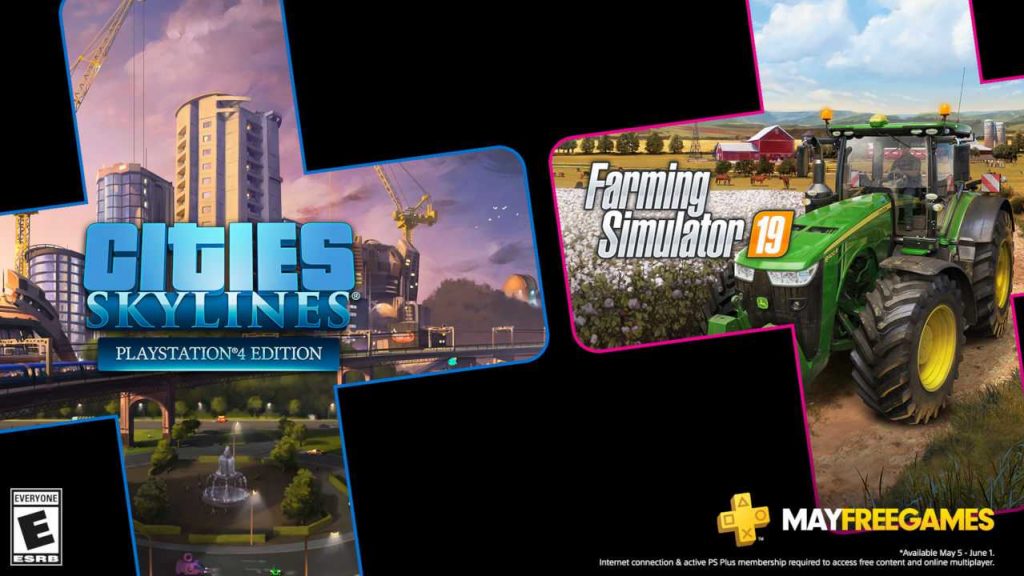 Farming Simulator 19 is the 7th installment in the long-running simulator series, which sees you “harvest crops, raise livestock, tackle forest, ride your own horses…or just jump behind the wheel of your John Deere tractor or one of over 300 authentic farming vehicles and go for a drive”. Despite offering “rural escapism,” Farming Simulator 19 unfortunately saw a mixed reception upon its release, due partly to its inaccessibility to newcomers, and its incremental upgrades. Still, if you are a fan of the series, then Farming Simulator 19 certainly offers more of what you love.

Both Cities: Skylines and Farming Simulator 19 are available for all PlayStation Plus users to purchase and download from today until the 1st of June.

KitGuru says: What do you think of this month’s offerings? How does it compare to previous months? Are you subscribed to PlayStation Plus? Let us know down below.

Previous The Last of Us Part II has gone gold
Next The Lord of the Rings: Gollum screenshots released